Ageism comes out to play in Brighton

Brighton and Hove has an Ageing Well festival in progress. I picked up a glossy (expensive) brochure in London Road Sainsbury's and took it home to read with a cup of lapsang and almond cake.

I'm flicking through the programme - origami, cookery, drawing for beginners, dancing with teenagers, taking photos on your phone and my antennae are waving around like sparklers. I sense ageism coming out to play.

I look closely at a couple of events. Art in the 21st Century reads:

"Join us to try out and explore some of the many creative and fun things we can do using a computer, including photography, creating artwork, making your own music, learning a musical instrument, singing, crochet, crafts, dancing, poetry or another creative activity."

"A special Festival session of Age is a Stage, our playful and creative performance workshops for the older generation (50+) who still feel young. Come along and see what we do at these weekly sessions; no experience is necessary, just a willingness to break the rules, be creative, be silly, be playful and look at the world with a fresh eye."

When I think of Art in the 21st century names that come to mind immediately are Bernadine Evaristo, Paula Rego, Liz Aggiss, Jane Fordham, Annie Lennox, Tracie Chapman, Agnes Varda, so I recalibrate myself. But I wonder who thought this one through and who do they mix with? Why include crochet in a screen-based event? Is it a surrealist happening? The second session, for "the older generation who still feel young", I also struggle to grasp. It's that phrase 'feel young' that suggests we haven't a chance, in our normal state of not feeling young, but a little bit peaky or realistic about the years we carry with us, of ever being silly again.

Fifty year olds are working. Sixty year olds are working. Seventy and eighty year olds are working. We are at the top of our game after a lifetime of trying. I don't recognise myself or my friends in this apology for a festival which might at least have stretched itself a little into a creative debate about what it means to age well (or badly), to question the politics of ageing for Brighton's older writers, artists, musicians, film makers, photographers, dancers, actors, producers, designers etc. etc. Was it one challenge too far for dullards who scatter exclamation marks around like glitter to make up for the lack of real excitement?

Public money perpetuates the stereotype of older person as passive consumer/social incompetent and/or inexperienced in matters of sewing, baking, computers and origami. Someone who's forgotten how to do things but might want to pick them up again....What has it cost? I can't even use this glossy coated brochure to light the fire.

What can we do? There are many ways of seeing. Paula Rego's self-portraits after a fall, resisting the adjective 'silver'. I like the Verandah poems of Jean Binta Breeze, how Fabrica Gallery engages with the issue of ageing in its programming and outreach, how Liz Aggiss demands we think about what it means in her performance work. It's about tuning. And we know how to do that. Right?

Nature notes from a new generation and country souvenirs 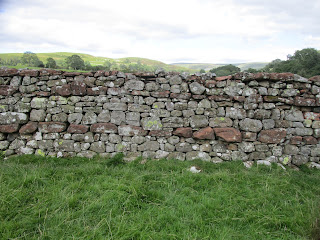 I was a journalist writing about local government when I came across a report called 'Keep Them In Birmingham'.
Published in 1992, supported by the (then) Commission for Racial Equality, its author Eric Jay was a community relations officer in London, and he was looking at racism in south west England.
Twenty nine years on from those very different work years, I came across a fabulous poem by Louisa Adjoa Parker - Dear White West Country People - on the website of Little Toller books and through it, a link to a project she's been running that goes to the heart of what identity and belonging means in the UK.

The question that gives the project its name is 'Where are you really from?' And what Louisa is addressing cuts deep into how life in the countryside is presented. So I looked out that report again. At the end of the foreword, Michael Day, chair of the CRE concludes: "The essential starting point must be to question the assumption which so many appear to have accepted uncritically, that ‘there is no problem here’. This report makes that belief untenable; racism in the south-west is evidently a problem, and a serious one which requires urgent attention." 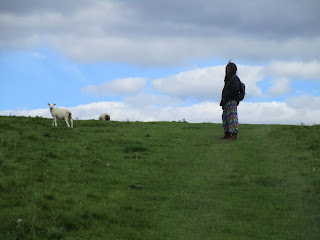 1992 was the year I had my son and in 1994 my daughter. I've been wrestling with a sort of memoir of my own about life as a mixed race family in the UK in the decades straddling the millennium, questions of identity, how to ensure children do not feel lost. I'm still wrestling with it but I've signed up for a course on how to write memoir with Katy Massey, writer of 'Are We Home Yet?'

Louisa's own website tells you all you need about her poetry, short stories, consultancy and forthcoming memoir with Little Toller books. Her memoir and others that tell a different story are essential if the cacophony of reflections on the countryside from white men is to be re-tuned.

The title of that old report is brilliant, just as Louisa's project name is, and her poem title, which reminds me of Danez Smith's, Dear White America. I think, too, of poet, Roger Robinson's poem, Day Moon about a black men's walking group.

So the bravery and challenge of the 1990s is informing a new generation of nature notes. And as a sort of non-sequitur, in our cellar is a big election poster for UKIP that my son retrieved from the side of the road in the Sussex countryside. Yesterday, as an electrician crawled around looking for a cable to put in a new socket, I remembered, hastily explained why it was there, that I didn't....that it was a souvenir....nothing to do with me....but yes, I remembered, they were everywhere. Like the asbestos notice on the stairs into the cellar that reads: NON WHITES ONLY, which Risenga rescued from somewhere in South Africa. These souvenirs, hey?

Posted by Jackie Wills at 11:24 am No comments:

Summer of soul - or you get what you're given

My old schoolfriend and I dived into the waters of adolescence this week. The sun was on the sea and I was breaking my lifetime rule of never watching daytime TV. But this was an exception. This was a chance to watch the prizewinning Summer of Soul (Or, when the revolution could not be televised).

It's on Disney Plus but, well....we put our feet up and were in Harlem, 1969, at a cultural festival spanning six weeks which, as we now know, coincided with Woodstock and the moon landings. In 1969 we were 14.

It was a year of some of the best music around - Marvin Gaye's 'I heard it through the grapevine' (Gladys Knight performs an earlier, slower version in Summer of Soul), Desmond Dekker's 'The Israelites', Stevie Wonder's 'For Once in my Life', Jimmy Cliff's 'Wonderful World Beautiful People', Diana Ross and the Supremes, 'I'm Gonna Make you Love Me', and the anthem, 'The Tracks of My Tears' by Smokey Robinson and the Miracles.

Of course there were others that year, swimming around in those adolescent waters: Witchita Lineman, Je T'Aime, Where do you go to my lovely? but those Motown hits reach deep. I wasn't going to clubs at that age (my father wouldn't even allow me to go to a youth club). I didn't feel part of any scene. I hadn't even started my periods. But these Motown tracks ground me in the emotional territory of adolescence with all its optimism, anger, developing awareness.

Anyway, back to Summer of Soul. Shocked, but not surprised, that another aspect of black history's been so suppressed, we watched, we hummed along, we marvelled at the clothes (elegant, original, inspiring, daring), the normal body sizes of women singers, the power of the music and the politics. I'm not going to spoil anything here, but I understand why this film languished in a cellar. It is dangerous, even now. To established thinking in the US, UK, Europe, the whole northern hemisphere that's still enabling endemic injustice and overt racism. Nina Simone's performance is electric. 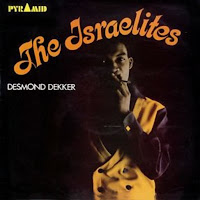 How many times during our watching did we say to each other, "Nothing's changed"? And googled if any UK cinema's screening it?

If I could sit every 14 year old down to watch it before winter comes.... And I'd say, make the music, write the lyrics, be proud of yourself and resist, ask the questions that are asked so pointedly about so-called achievement that has been replayed this summer by the world's richest men.

Desmond Dekker sang, "I get up in the morning slaving for bread, sir/ So that every mouth can be fed...." and Jimmy Cliff asked us to "look at the world / And the state that it's in today."

Posted by Jackie Wills at 9:28 am No comments: