Menopause - all you never learned

All four of us in the meeting are at different stages of menopause. We are planning an event at Brighton and Sussex Medical School that Dr Sue Eckstein's suggested for the Ethics in Performance series.

I'll read from Sweats, the menopause series that makes up a section of Woman's Head as Jug and Julia Montgomery, consultant obstetrician, gynaecologist and research fellow will talk about the science.

Sweats came out of a collaboration with artist Jane Fordham over a few days a few years ago at the idyllic Chesworth Arts Farm in Horsham and developed momentum from the experiences of friends going through menopause and my own rather haphazard and non-scientific research into the weirder aspects of menopause and then Moniza Alvi suggested paring it down to the bone.

It's a hotchpot and there are bits I've left out. Julia was keen to mention the positives - fewer mood swings (no PMT), wisdom, energy, release, the absence of migraines...but there are scores of other symptoms.  I wonder if there could be a Sweats part 2.

Most poetry editors I sent Sweats poems to were too squeamish (are blood clots, smears, wrinkles, grey hair a step too far?) Women's problems?  Brave Michael Hulse at Warwick Review published some, though but perhaps it's no coincidence Michael's one of the Hippocrates Prize for Medicine and symposium organisers. 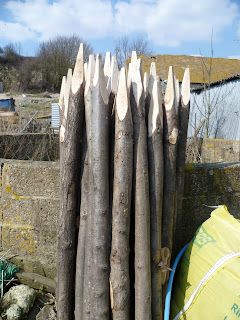 Pencils and beautiful notepads in hand, performing arts officer Daisy Fancourt and I sanitised our hands and entered the ward.

The idea was that I'd run writing workshops at Chelsea and Westminster hospital on Fulham Road to generate a poem that in its turn inspired a dance.

I realised, as I dodged auxiliary nurses, physiotherapists and the tea trolley, that a workshop was impossible.

But what about the ideas I'd pulled apart and put back together during my retreat cat-sitting in Bath?

This pilot project has been set up by the hospital's arts unit with Rambert dance. Rambert's current show, Labyrinth of Love, is based on love poems by women from Sappho to Anne Carson. So I went with poems about love by women poets - Edna St Vincent Millay, Susan Wicks, Grace Nichols and many others praising mothers, snow monkeys and love itself.

I couldn't separate love from journeys. So when Daisy and I decided I'd work with individuals at their beds, I asked them for journey maps. Any journey would do. When they'd done it, I asked them to fill in the points on that journey they associated with love.

We didn't always get to the love part. Some people were tired, or needed medical attention. But relatives took part too. And I came away with maps of London streets and one that stretched from Cyprus, via Nigeria.

This week Daisy put together a schedule of appointments for me. I sat at peoples' bedsides and this time we talked about the meaning of love. I didn't read poems but I had a line by Jennie Joseph in my own head: "Why are we frightened of the word for love?" In hospital, it seems, the synonym of love is family.

Perhaps talking to a stranger at your bedside about sexual love, about old lovers, about first love is going a step too far (although one man mentioned his first love without prompting). But perhaps, when your health is in doubt the first thing on your mind is where you come from and all that springs from birth and then, maybe, the old questions about love aren't barbed and frantic, but heavier and warmer, like the air. 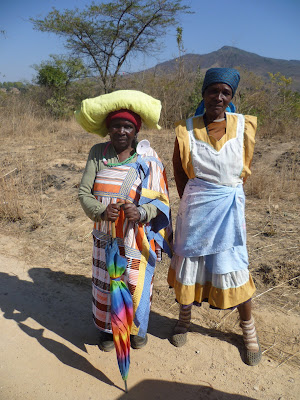 These two women who live in the heart of Venda, the north of south Africa, rely on growing food and trading what they don't have with other women. The rural economy is based on subsistence, with a bit of cash thrown in from the state if you have a birth certificate for yourself and grandchildren.
But supermarkets are building wherever they can and suddenly informal roadside stalls and the markets are abandoned. Women have to find cash and make the journey to a shop for much more now than just maize.
So when Tesco announced its drop in profits, I cheered because Tesco has been an aggressive contributor to globalisation and because I saw what that meant in a small part of the world last summer in south Africa. It is like watching an English market town lose its centre all over again, but this time the stakes are higher because the people being affected are poor, they have no cars.
So companies that have spread outside Europe and the US would do the world a favour if they stopped, stopped grabbing land to build on, stopped being driven by shareholders and listened to the rural poor.
Patience Agbabi read an important poem last night at the launch of Poetry Review, edited by Moniza Alvi and Esther Morgan. The Doll's House is a poem she was commissioned to write for the Ilkley festival about Harewood House stately home. The house and Agbabi's poem were built entirely out of the sugar trade that was the reason for slavery.
Her poem is relevant for many reasons, but it makes many links by using the voice of a sugar artist. Global exploitation didn't stop when slavery was abolished, it continued in another guise. People are not transported on ships anymore but they are beaten, robbed and chained because of the profits that drive retailers, major brands and middlemen to keep feeding the mantra: consume, consume, consume.
Even the world's economists don't believe it works anymore - they're all talking about collaborative consumerism - but the retailers will squeeze as much as they can out of the earth and us before the secret's out because there's still money to be had.
Indeed, globalisation is also responsible for the pittance paid to agricultural workers in Venda on fruit farms (bananas, oranges, grapefruit, lemons, avocado), the macademia plantations, and the disgusting conditions they are forced to live in.
It's also responsible for the current threat from mining in Venda which will drain all the water from underground. In fact, for so many threats that are already changing a way of life that was built on centuries of trial and error....
And who do we make rich as we participate? Well, slave money is still in circulation and is probably the reason why the men I sat next to on the train last night on my way back from the launch were at public school. Sprawled across four seats, their voices boomed through the carriage with that familiar tone of entitlement. I attempted to read the Standard, attempted to concentrate on HE Bates and failed. I closed my eyes and listened.
Between reminiscing about fagging for so-and-so they delivered insights such as: 'these international students think they can buy a place anywhere'....'oh but you used to be able to buy a place at Oxford'....'no, I didn't have to, I had squash'....'he wasn't particularly bright. They had him teaching English, but sport was his thing...'
They reminded me of the businessman I was interviewing recently who without irony said he tolerated his wife spending a thousand dollars on a handbag because the brand made her happy.
The buzz words doing the rounds of business - corporate responsibility, circular economy, collaborative consuming. Some retailers are suggesting people will stop buying stuff.
Supermarkets, let's hope, have seen their day. Can we have our markets back now? Get those lorries off the roads? Bakeries, local butchers - like they have in the places where the rich have second homes.
http://mupofoundation.org
http://patienceagbabi.wordpress.com
http://www.moniza.co.uk
http://www.esthermorgan.net
http://www.gaiafoundation.org/venda-south-africa-venda-communities-say-no-to-coal-mining
Posted by Jackie Wills at 9:56 am