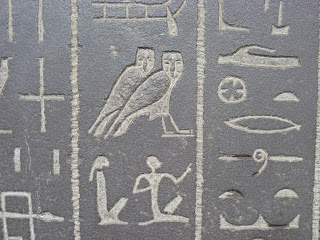 The university has a gleaming reputation. There are stellar names on its website, known on TV, some even in celebrity mags - pop stars, famous historians or inventors.
The names might stop students looking too closely at its rankings, might be a justification of the £9,000 a year they will pay to be taught, but what happens after Fresher's Week?
This autumn, students currently sitting their A levels will find their cohort of teachers are in fact a hotch-potch of casual workers who may have been employed over the phone, by word of mouth, because they are friends of friends, who are given a code for the photocopier if they're lucky but nowhere to make a cup of tea.
They will find people working five hours a week, some six, some four, who don't know each other, have probably never met, who have probably never met a member of academic staff and have no sense of being part of the noble institution as advertised.
They will find their teachers may not be paid for tutorials, or if they are, the tutorial time allowed is 10 minutes. Teachers may not be paid for marking, or if they are, the amount of time allocated is about 15 minutes.
They will find a hierarchy within their university, with rich, highly paid professors and visiting celebrities at the top and hourly paid lecturers at the bottom, unacknowledged, rather like the Persian cleaner in Jan Arnald's brilliant TV series Arne Dahl.
If they are unlucky, they will encounter bitterness and resentment, laziness and incompetence. If they are lucky, they will encounter people who teach out of the love of a subject and commitment to young people (who may have children of the same age).
When Micky Mouse and the Lone Ranger were casual compositors in Fleet Street they were moonlighting, but as Fleet Street was rebuilt as a new empire in the old Docklands, it became clear casual workers could do more than moonlight - they could replace the traditional workforce with its regulations, job security and unions.
Of course there have always been rogue industries like hotels, restaurants, cleaning, agriculture with cash in hand employers who pay little attention to safety, unions or law.
Traditionally, safe jobs were in government, the health service and academia where there was security of tenure - jobs for life.
Now in UK universities, the number of staff teaching on temporary contracts is continuing to rise - more than a third of academics are on them. On top of that, there are 80,000 hourly paid teachers/lecturers.
My daughter could be a candidate for the £9,000 a year university experience. She's very wisely decided to do a third (free) year in further education when she finishes her A levels.
How will it shake out? Will students begin to ask how their money's being spent? I would.
Will standards be set for the quality of feedback on assignments, length of feedback, length of time allowed for tutorials, one to one time? They're long overdue.
A casual workforce exploits the hourly paid individual and exploits the student unless it is brilliantly managed, the pay is fair and the hours reflect the work that casual puts in.
But it is no model for the future unless compensation for being casual makes it worthwhile and reflects the amount the students are paying to keep the top tier in highly paid jobs with perks, status, a sense of belonging and offices with coffee machines.

Two years of writing, editing, revising the music and lyrics, at least 12 months devising four videos, then editing, hearing the same tunes, words and phrases over and over again.
Listening to Mrisi describe his work on Englafrique reminded me of friends describing the attention they give to a collection of poems, paintings, a design project.
The difference is that Mrisi is just 20 and he has already assimilated an enormous understanding of what a creative project demands.
He's picked up knowledge from friends, from trial and error, from knowing what he wants and he's found ways of achieving it, while sharpening the musical skills he needs too.
His grandmother, me, his dad, sister Giya and friends have heard the lyrics and music at many stages of development. Giya took the photo of Mrisi playing piano and his friend Tom Hines turned it into artwork for the album cover. His first Youtube video was filmed when he was playing with his dad's band, Bush Technologists, in South Africa. As Sly and the Family Stone sang, 'it's a family affair....'
But it's not just Englafrique that's focused my mind on creative education. This is a time of marking assignments and every year I ask how this kind of qualitative judgment can be most useful to a student.
It's also time to send my own six-year project into the much smaller world of poetry: Woman's Head as Jug comes out at the same time as Mrisi's album.
My collection is as collaborative as it is possible to get. Yes, solitude accounts for much of my time, but I couldn't do without workshop groups and the ideas lab of meetings with Jane Fordham - days with no preconceived notion of where either of us will end up, visually or with words.
Artistic collaboration is often misrepresented as ekphrasis - one artist interpreting another. But in reality it is closer to the best creative education, a kind of nursery school with sandpits, dressing up and playhouses.
I'd been thinking about all this last night when Giya was talking about her decision to do a year's photography course. She is one of those versatile people and could have set her mind on academia, acting or music. Her versatility confused her and me temporarily. She began taking pictures of Christmas houses when she was seven, steadily improving her cameras as she got older and admitted last night that when she was at secondary school she wanted to be a photographer but she didn't want to be poor so she chose academic options.
The moment of change happened when she realised she could combine everything she loved to do in photography. That insight goes to the heart of creative education. She got there on her own, she found her solution, as did Mrisi. We get by, we are sustained by absolute belief in risk and experiment that lives in the lion costume and the earliest crayon marks.
Posted by Jackie Wills at 10:07 am