A kingfisher at Charleston

Mum and I are sitting by the pond at Charleston farmhouse after visiting the Omega exhibition of  designs by Vanessa Bell, Duncan Grant and Robert Fry.
We've wandered out from the cafe, where sparrows flew freely over the tables, hopped around the floor and perched on a chair next to us.
There are still flowers in the garden - roses, a hollyhock - among tall dried heads of globe artichokes.
Fish have been making circles in the pond and Mum needs a rest so we sit on a bench in the sun.
We've had days of rain. In the cafe there was no music other than birdsong. It's the same outside - quiet visitors allow birds the air.
Then a flash of colour. A kingfisher is unmistakeable. I saw one on Sunday streak down a drainage ditch when I was on a bus to Cork airport. Now another, here on a Friday afternoon, settled in a tree directly opposite.
We watch. A group of three women stands behind and waits. They move off, it leaves, comes back and then the dive. It carries the fish to another perch and we watch a flickering in bare branches, the sun on scales, the bird's head shaking and then stillness. The bird flies off.
As we stand to go, move towards the thick water to look at the fish, they come in a mob, used to being fed and poke their open mouths above the water level.
I remind Mum of the kingfisher we saw when we walked near the house she moved from in Tunbridge Wells. I remember the kingfisher that used to live on the river at Elstead when I was a child. Both of us, I think, needed to see that bird today in the sun.
Posted by Jackie Wills at 6:41 pm No comments:

Is it time to sink a well? 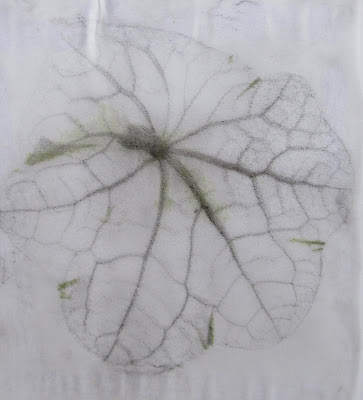 Mid-November and still we haven't had a frost. So the nasturtiums that colonise the bed by my back door without any help every year are still green and producing flowers.
Just inside the back door is a shopping basket of windfall apples I'm working my way through, but it was a bumper year and the freezer's full, I've run out of jars and there's only so much chutney you can make.
Today's a day for slicing, maybe, and dehydrating what's left.
The rain, well, the rain....If I could sink a well in the cellar, I'd save a fortune because I live on chalk and below me is water.
"The Chalk of eastern and southern England is the most important groundwater reservoir in the UK."
It strikes me it's time I learned more about water and who has access to it. I began to wonder about private water sources when I noticed the golf course up the hill had sunk a well to water the turf. This was a few years ago. But it chimed because not far away is the Woodingdean Well, one of our most bizarre but illuminating local stories. Then a friend who's a builder mentioned how often he finds old wells in Brighton cellars.
So I'm beginning to ask myself how is it that private companies can just dig down and take it out? This communal resource of ours. And it's happening all over - not just mining companies depleting ancient (really ancient) aquifers, but soft drinks companies taking out spring water, bottling it and re-selling it at a profit.
"Almost all bottled waters are groundwaters. They are collected from springs or boreholes selected because the sites are generally in upland areas remote from sources of pollution, and they provide a water which does not contain undesirable chemicals such as excessive nitrate. Many have very low concentrations of dissolved constituents, and some are carbonated artificially."
I have been convinced for years there's a water source near my house. There is a website, Find a Spring but it's not of much use. Is it time to seriously consider a borehole and the potential of a well?
Posted by Jackie Wills at 10:58 am No comments: