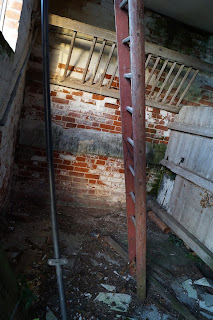 I sought a theme and sought for it in vain,
I sought it daily for six weeks or so.
(WB Yeats, The Circus Animals' Desertion)


A couple of years ago, Jane Fordham was showing me a small sketchbook she'd started, recording objects that were important to her but which had no apparent value. We'd started making books and wondered if this was a theme we could work with. I took a selection of objects over to Jane's for her to draw while I wrote about them.

There were a couple of old watches, a Maltese doll, an empty miniature perfume bottle, box of rouge once belonging to my aunt, my children's birth tags and other bits. The writing became, mostly, three liners and I collected them together under the title, Library of Dust. Jane and I didn't make books that time but more recently we've gone back to the idea, our starting point being a collection of synonyms we'd worked on in the past: words for women.

Different strands of writing are coming together - letter poems, some from the Library of Dust, others about ageing - all with a female eye. I hope we manage to find somewhere to show this collaborative work because what's important (for me) is that it's taken its time. It feels silted or composted or aged and part of its surroundings.

This is what I grasp, along with my small amount of work, as a kind of identity. Being freelance all my working life has had more advantages than not. I keep my own hours, I work in natural light with a window on the street, I can wander into the garden when I like, I can put washing in the machine and when the children were little I could work in the evenings if I needed to.

But the transition from full-on work and parenting to this state is difficult. I swing from celebrating being able to spend days at the allotment to worrying about what will happen in the summer when I lose more than half my income. This year, one batch of regular work disappeared, for another the fee was halved. Before Christmas a regular day a week was cut. So regular paid work - from an annual contract renewed each September and itself not guaranteed - goes down to about £4,000 a year. The Minimum Income Standard calculator for the UK, developed by the Centre for Research in Social Policy at Loughborough University, estimates I need £17,102, "So that your income, after tax and benefits adjustments, is enough to cover what the public think is needed for a minimum acceptable standard of living".

Without work, what am I? For several months I've been on the verge of renting a room. I had one major challenge - to stop the cat shitting outside the room I was going to let. Yes, I managed. Then a succession of jobs I've put off for years - painting the gate, putting my house number up on the wall, painting the green slime off the back wall, painting (most of it has involved painting) doors and ceilings, cleaning mould from shower curtain and grout. 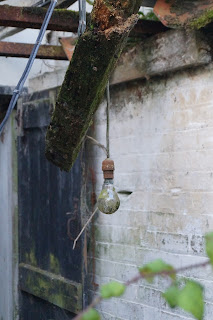 I still see peeling ceilings, cobwebs, sash windows stuck or rattling, cracked panes of glass. I think of the beautiful wrecks I've stayed in in hot countries and hope for forgiving visitors, who'll appreciate a great range of teas and big kitchen table.

I think of all the standards applied to a house and then the standards that apply to this transition I'm in. This morning the sun's shining, Giya's just brought me a plate of home-made lemon biscuits and mug of lapsang souchong. I can hear the radio and above it, sparrows in my neighbour's tree. Some are nesting in my eaves. The sun's warm in the back garden and the bluebells, primroses, miniature daffodils are in flower.

At my Royal Literary Fund reading group earlier this year, we looked at the poem, 'Spare Us' by the late Dennis O'Driscoll (from Dear Life, Anvil 2013) - a poem about spring and about dying. O'Driscoll encapsulates the desperation of watching the world renew itself while poems around it contemplate dying.

All this amplifies the reality of transition. On a good day, nothing matters but the moment and I can go to poets whose work makes sense of that moment, a poem I read by Vicki Feaver in The Compass magazine about ageing. It's called All Kinds of Horses and is an optimistic, joyful read.

Then there are the other lines from the 'Circus Animals' Desertion' by WB Yeats which I used to have above my desk. I wrote them over a drawing by  Duncan Grant but they've faded in the light:

A mound of refuse or the sweepings of a street,
Old kettles, old bottles, and a broken can,
Old iron, old bones, old rags, that raving slut
Who keeps the till. Now that my ladder's gone
I must lie down where all the ladders start
In the foul rag and bone shop of the heart. 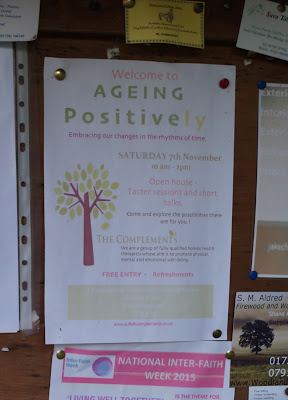 And there is a ladder propped up that I must get back to, the one leading to the South African diaries and Venda Sun, that memoir about race, children and how a troubled country could come to mean so much to me because of the people I became connected to there.

I was stalled for a while by feedback (useful and brilliant) which in different words to Yeats pointed me to the place he ends his poem with. I was frightened to go there and perhaps still am.

But as painting the gate and putting up the house number has shown, I will be satisfied by finishing what I've been putting off. I will be.