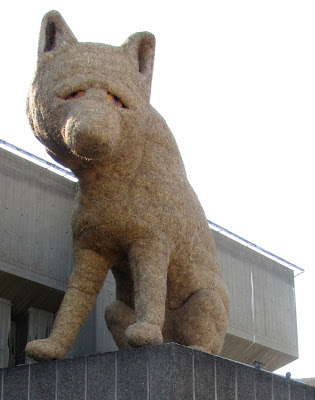 For years I've been aware of the different way my mind works when I'm handwriting and typing, particularly on a computer keyboard (rather than a manual typewriter).
There's a different connection between my hand and brain, when I'm holding something. Well, that's what I thought it was about. As if the rounder, more organic action of writing, the different pressure I put the pen under, the way it feels on the page, even its taste and texture, the smell of ink, might have something to do with this.
So I tell anyone who'll listen - use paper, a pen or pencil when you want to come up with ideas. A keyboard's brilliant for transferring them, for editing, but the best ideas come in lead or ink.
We know actually, often the best ideas come when we're not writing at all - walking, swimming, jogging.
But back to handwriting. I've always kept an eye out for comments on this.
So who should come up with the best explanation to date? Ted Hughes, in an interview with the Paris Review of Poetry.
He explains that for 30 years he was a WH Smith children's writing competition judge, sorting through 60,000 entries at a time. This is what he said:
"Usually the entries are a page, two pages, three pages. That’s been the norm. Just a poem or a bit of prose, a little longer. But in the early 1980s we suddenly began to get seventy- and eighty-page works. These were usually space fiction, always very inventive and always extraordinarily fluent—a definite impression of a command of words and prose, but without exception strangely boring."
They asked questions and discovered those children were using word processors.
Hughes continues with the brilliant explanation I've been looking for: "..as the actual tools for getting words onto the page become more flexible and externalized, the writer can get down almost every thought or every extension of thought. That ought to be an advantage. But in fact, in all these cases, it just extends everything slightly too much. Every sentence is too long. Everything is taken a bit too far, too attenuated. There’s always a bit too much there, and it’s too thin. Whereas when writing by hand you meet the terrible resistance of what happened your first year at it when you couldn’t write at all . . . when you were making attempts, pretending to form letters. These ancient feelings are there, wanting to be expressed. When you sit with your pen, every year of your life is right there, wired into the communication between your brain and your writing hand. There is a natural characteristic resistance that produces a certain kind of result analogous to your actual handwriting. As you force your expression against that built-in resistance, things become automatically more compressed, more summary and, perhaps, psychologically denser. I suppose if you use a word processor and deliberately prune everything back, alert to the tendencies, it should be possible to get the best of both worlds."

Ted Hughes quotes are from this source: http://www.theparisreview.org/interviews/1669/the-art-of-poetry-no-71-ted-hughes 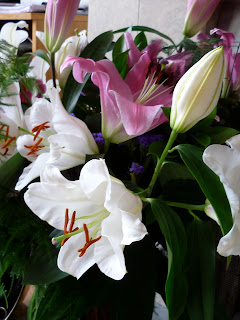 Today is the 50th anniversary of Sylvia Plath's death. Her publisher Faber chose to mark the occasion with a brassy cover of a woman powdering her face on Plath's re-released novel, The Bell Jar. I lent out my teenage copy of that novel too many times and it never returned, but really the most essential reading for any literate girl in the 1960s was her poetry.

Perhaps it is inconvenient that one of the 20th century's most famous women writers is a poet - a stance reflected in the comment posted on Faber's website about the redesign where Hannah Griffiths, Paperbacks Publisher writes: "We think there is a reader for this novel who will enjoy its brilliance without knowing anything about Plath’s other work."

I remember seeing the old version of The Bell Jar once in the Tesco superstore in Shoreham. I used to wander up there to kill time while my daughter was having a saxophone lesson, especially in the winter. I wondered how long the books buyer lasted and if it was a decision that came out of brilliant subversion, youthful idealism or ignorance.

In 1990 I finished a two year part-time MA at Birkbeck College in London. My MA dissertation was on The Poetry of Sylvia Plath with special reference to the influence of Dylan Thomas. Now I am almost embarrassed by the title but it's clear. The whole MA was an excuse to read; time to look closer and focus on poetry. I had always admired Thomas and Plath's work was almost as much a part of my growing up as the bottle green of school uniform and the number 19 bus.

The dissertation allowed time to dig deep into her work and analyse how she used language. Plath shared a birthday with Thomas and his influence is everywhere in her early poems and themes. Her poem 'Bucolics' shows Plath using ellipsis, noun-adjective compounds and inverted syntax:

"By blackthorn thicket, flower spray
They pitched their coats, come to green bed..."

compare this to a line from Thomas' 'Poem on His Birthday':

"The overtly Thomas-influenced poems stand among Plath's early attempts to find a voice. They are like premonitions - her fascination with the fabric of language, pursuit of the image, but above all, perhaps the idea of the poetic; the deepest, most extreme motivation and behaviour....in this early work she is gathering her forces, setting out the tools, seeking images among the complexities of syntax and rhetoric....."I wrote.

The rhethorical devices Plath borrowed from Thomas - who retrieved many of them from the Bible and Welsh preachers -  include ellipsis, neologisms, punning, made up words, apostrophe, anaphora, hendiadys. George T Write identified Thomas as the only poet to use hendiadys since Milton. He uses it to introduce complex ideas in a short phrase:

"On a breakneck of rocks
Tangled with chirrup and fruit..." (Author's Prologue)

Plath opens an early poem, The Queen's Complaint, with the same technique: "In ruck and quibble of courtfolk...."

Plath explained how she'd read Thomas for the subtlety of his sound. She used the techniques Thomas learned from the pulpit to free a unique voice expressing the new religion of self. And George T Write's hendiadys is not longer so rare. In fact it's spread like knotweed and while Thomas may be mostly to blame, Plath is just as likely to be the source as well.

It is hard to understand why the Guardian chose to examine Plath's legacy by asking women writers what they thought of The Bell Jar. Even Sharon Olds says: "I stayed away from her poems, out of a sort of dread of her fate...."

Only poet Lavinia Greenlaw points to Plath's skill. "We imitate her without having a clue about the technical genius that makes her work such a force."

We do know about Plath's technical genius, it's just not highlighted when she's discussed. What comes up is her life, her death and her journals. But her poetry is her big literary legacy and technique mattered to her.