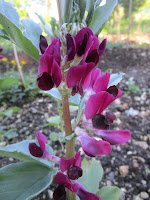 In the Quran, the garden is a symbol of paradise, and it's easy to understand why.

I've been lucky - most of my life I've had a garden, or been close to a public garden. My son's first outing, a week after he was born, was to the rose garden in Preston Park. I took Giya there too, as a new baby.

The children rolled down the sloping lawn at Mum's in Tunbridge Wells, we came home with bunches of flowers in summer. And now in Brighton, I've had my own garden for about 23 years. In fact, Risenga and I decided on the house I live in because of the apple tree in the back and the flint wall.

The garden's been the place of children's parties, teenage parties and quiet, early sun. Amampondo - Nelson Mandela's favourite group - played marimbas outside one June and when Risenga was giving drumming lessons years ago, he'd stretch goat skin and tighten his drums there. 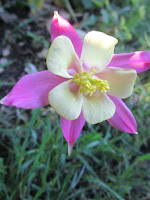 The garden's entered poems as if it owned them, as the allotment, up the hill, does too.

Last week I was in Vauxhall Gardens - a far cry from the pleasure gardens known to Hogarth - writing poems based on conversations with people wandering through or stopping at the temporary shed that advertised me as poet in the garden.

The late Sarah Maguire was a trained gardener and wonderful poet. In fact many poets I know are gardeners. It seems we need a break from words.

It is a challenge writing poems to order, after passing conversations with strangers, sometimes only the length of the path through the garden. 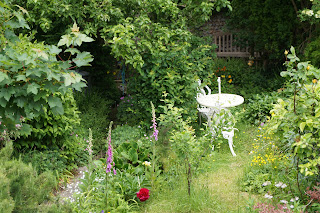 I wasn't quite the poet for hire, tapping out lines on the spot for those who wanted them. Apart from a poem for Valentine's Day, commissioned by the friend of a man who'd forgotten to get anything for his partner.

But a selection of what I wrote will be on display at the Garden Museum in March, alongside photos of the park and perhaps of me chatting to people with dogs or children in the drizzle.
Posted by Jackie Wills at 10:18 am No comments: 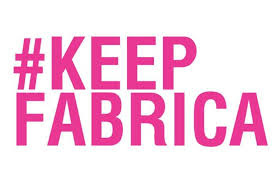 At the end of this week I'll be at Fabrica Gallery in Brighton with Jane Fordham, marshalling writers and artists who've collectively raised more than £5,000 to keep it going.

Fabrica launched a crowdfunding campaign early in February to raise £20,000 after losing a local authority grant.

Jane and I organised a Draw-a-Thon and Writing Relay to support the campaign. We have 25 writers signed up to share the contents of their minds for 30 minutes with the public - as they write, their words are going to be projected onto a screen.

The artists, meanwhile, will be drawing for five hours non-stop to earn their sponsorship! They'll be allocated paper and a pencil, free tea, coffee and biscuits and the chance to stretch once an hour. There'll be more than 30 of them, drawing from models or imagination, between 11 am and 4 pm on Saturday 24 February.

Jane and I met through Fabrica more than a decade ago and have been talking about work, ideas and collaboration ever since. We went to the Avignon festival in a Fabrica group of gallery educators, then back independently a couple of years running. Fabrica started our writing/drawing collaboration so that was the starting point for our event. But it's not just our event now. Brighton's creative community is galvanised to show what this city centre gallery, always free, always provocative, always engaged, means to us. What the arts mean. Why doors need to be kept open.
Posted by Jackie Wills at 9:19 pm No comments: