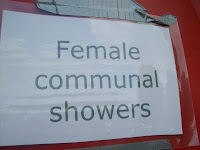 My daughter took this pic.... A poem of Susan Wicks keeps coming back to me. It's a new poem about women in a changing room and it's stunningly simple like the best life drawing. I saw it at a poetry workshop group that meets in London regularly. All the participants are excellent poets, we have a range of different styles, we are all women and I like that.

Wicks has a fabulous eye. Her poems carry no clutter, they are contemporary, her voice is modern, she's in tune in the way that Neruda always is. In fact her work reminds me of Neruda, they're working in the same territory. Both sneak into my thoughts when I'm least expecting them to. (I rarely swim without remembering one of Wicks' very early poems, Singing Underwater).

I have wondered for a long time if it's possible to identify a writer's gender from their work alone. I've never been able to make up my mind, although I suppose subject matter and the first person would probably end up giving enough clues. It would be interesting, though, to read work anonymously for a while to cleanse the mind of preconceptions. The North, a magazine published by Peter Sansom and Janet Fisher, used to ask poets to critique an anonymous poem. I think it's a great idea.

Anyway, this is leading to another kite flying exercise - an alternative, women only, Forward prize 2009 shortlist to blow apart the increasingly restricted group of men who appear to be regarded as Britain's best writers (regardless of who's judging it, it seems). Another excellent poet, Catherine Smith, alerted me to the list. I wouldn't have had a clue since most of my time at the moment is spent on the allotment.

(I came back from Womad to a picking frenzy - armfuls of chard, some French beans, broad beans, bags of peas, beetroot, lettuce, onions, raspberries and blackberries.......)

Anyway, the big cash prize of £10,000 has a shortlist of five men and one woman. One of those men's books isn't even out yet. Glyn Maxwell, Hugo Williams, Christopher Reid, Peter Porter, Don Paterson and Sharon Olds are the people in question.

I have to go back to Neruda to sum it all up. Perhaps shortlists don't matter.

Poetry arrived
in search of me. I don't know, I don't know where
it came from, from winter or from a river.
I don't know how or when,
no, they were not voices, they were not
words, nor silence,
but from a street I was summoned,
from the branches of night,
abruptly from the others,
among violent fires
or returning alone,
there I was without a face
and it touched me.

The poem sends me back to moments during two of the highlights of Womad when that summons was present on stage - the Malian singer Rokia Traore with her funky French band and the Corsican singers who closed the festival, A Filetta, introducing songs with quotes from Rene Char and Fernando Pessoa.

Rokia Traore
Posted by Jackie Wills at 8:36 am No comments: 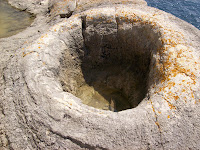 Since 1934, 32 men have been awarded the Queen's Gold Medal for Poetry and seven women.

These are poetry's laurels. They often come with large amounts of cash and significant book sales. The counting idea isn't original but it does a job.

There's a debate going on about women, men and poetry, how women are (or aren't) represented in the Poetry Society's flagship magazine, Poetry Review and how women poets, critics and readers respond to all this.

I think people should respond from many different perspectives and we should have a bigger debate. Some of us have been floating this idea for a while because of the absence of any serious challenge to the male status quo in poetry.

Personally, I'd like to see a discussion extending beyond Poetry Review into prize lists and promotions, publishing and interest groups, academic world and anything else that arises.

Coincidentally I was lent a copy of Tilly Olsen's Silences by Maude Casey recently. How timely. I wonder if it could be a focus for this wider debate since Olsen addresses in the starkest way numerical evidence of exclusion - she calls it counting. She, and Shelley Fisher Fishkin who writes an introduction to the 25th anniversary edition, make clear that enforced silence of the kind that happens in discriminatory practice must always be challenged because it is a symptom of systematic discrimination. Fishkin points out that Olsen's idea of counting is still under attack.

We know this, don't we?And many of those allowing discrimination to take place would find it pretty difficult to argue against. So it is our responsibility to remind a wider audience of the consequences of silencing tactics. Maude is a dedicated campaigner, particularly on secret evidence, and I think it's no coincidence that she passed Silences on to me.

The chapter in the book which could be used very effectively is one based on 1971 and 1976 figures. Olsen calls it 'One out of twelve - the figures for writers accorded recognition'. She counts, for example, the number of women included in 20th century literature courses, critical reference works etc. as well as inclusion in anthologies, textbooks, on prize lists etc. etc.

Elaine Showalter was campaiging at the same time as Olsen and hasn't stopped. She responded to the idea of the great American novel as a purely male object in the Guardian in May this year. She provided an alternative list to great effect.

There are still many ideas alive from the 60s and 70s which are relevant and it would do us no harm to draw on those. I love the idea of different lists presented in a batch. Oh, and as an aside - the last time I was an Arvon tutor some of us were chatting about how courses are always packed with women and yet prize lists etc are packed with men. It was unscientific musing, really, but the truth is masterclass courses are always oversubscribed with men. What does that say about our view of ourselves?

We must have the debate, too, about how we support one another. Women have a responsibility to read one another's work properly and well, so we can counter the arguments always put up to defend positions of power - that there just aren't enough good women around. Please, can we stop allowing the men to choose the women they favour as landmarks and can we start making our own minds up? And then there's the old chestnut of age and how it applies differently to men and women.

We can challenge and make changes. The pic's of the beautiful fossil forest, perched on a cliff and within MoD firing ranges near Lulworth Cove in Dorset. It seemed strangely appropriate.
Posted by Jackie Wills at 8:50 am No comments: