There were a few brief weeks when I was still working for the Open University when I tried to learn ancient Greek.
I took textbooks with me on train journeys and it was this time that year I was on my way to Kings Lynn Poetry Festival when the poet Kit Wright wandered down the carriage and sat next to me.
I was trying to do some homework. The course demanded at least 15 hours a week. What was I thinking?
I was explaining my difficulties to Kit, who was gently baffled, when a guy opposite me chipped in. Well, I'm Greek and I wouldn't try, he said. We laughed. It was a glorious autumn day. I had a new book out. Life was good.
What I do remember of my attempt at the language was, even early on, realising that where a word was in a sentence was everything. I should have done it when I was more elastic.
I took liberties with my basic translation exercises and my tutor wasn't impressed.
So when the poet Janet Sutherland suggested that our reading group look at the work of Constantine Cavafy we were going to have to decide on a translation. How on earth do you do that? We went for a scattergun approach. We'd look at a few.
John McCullough started the discussion going on Facebook and we met last night at Kay Syrad's house in the wilds of the country outside Ringmer, the rain pounding on her roof, with translations from 1951 onwards.
I'd bought a Chatto version by Edmund Keeley and Philip Sherrard and others brought translations by George Economou with Stavros Deligiorgis, John Mavrogordato, Avi Sharon. We missed out Daniel Mendelsohn and Rae Dalven - we were juggling enough and even the Keeley and Sherrard versions differed.
Maria Jastrzębska talked about her work as a translator from Polish and Slovenian and the difficulties of translating this man's writing unfurled as we compared lines, openings and endings. It was a treat to hear the poems read by John and Rob Hamberger, gay men living now who don't have to hide their work or their sexuality.
We were intrigued by how Cavafy belongs to another era - sharing his work only among friends while we manically self-promote, worrying about book sales, public readings and 'getting our name out'.
I remember the joy of translating from French when I was studying and I would love to rediscover that close attention to building bridges, to the relationship between words within sentences that is different to the attention I pay to my own.
Recently I came across a translation from Welsh of a passage I know quite well from using it in writing workshops. I'd believed the translation I used was good but this new one was astonishing. It made me think about the original in a totally new way. It opened up my own sense of that writing.
Posted by Jackie Wills at 7:38 am No comments:

And so the rain came 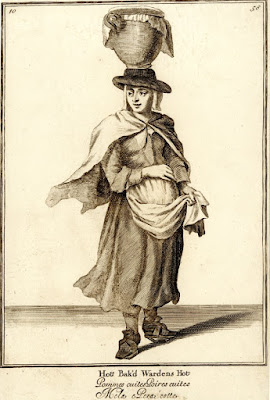 The sun, the light, the warmth have been a treat but growth's slowed down on the plot, as it should. It's the equinox.

So it is time to think of baked apples, although what I can't forget to do is digging out my MOT for tomorrow at the crack of dawn.

I'm doing another week of dog walking but it's going to be a bit different to the two weeks in summer when I wandered up to Rottingdean windmill twice a day in blazing sun.

I can already feel the rain whipping in off the sea - the forecast for tomorrow is that it's going to be torrential.

There's a young man's funeral tomorrow. I saw him in his buggy with his mum in Kensington Gardens when I moved to Brighton, and the memory stayed because he was so beautiful. Years later my daughter would become friends with his sister. That passing image of him and his mum held my future. His name is Louis and he was too young.


Posted by Jackie Wills at 6:31 pm No comments:

When Audrey Sharma, an environmental health officer from Brighton and Hove Council wrote to me about strimming noise she couldn't have been clearer about its right to exist, in a legal sort of way.

Audrey bends over backwards to defend the owners of the enormous cemetery stretching from my house to my allotment.

"The cemetery has been operating in this area for over 100 years and anyone moving to the area would have known this and could reasonably expect to hear grass cutting to go on....."

The councillors perhaps thought it was a matter for environmental health. Apparently not. Nor was the allotment officer interested, despite the fact that at least one woman on the same allotment now can't go during the week in summer because she is so affected by the noise.

Back to Audrey's reply, which is hard to follow in places because of grammar, non-sequiturs, cutting and pasting of legal documents.

"You do not own or ‘occupy’ you’re an allotment and I am not able to consider whether noise arising on a council owned allotment is a statutory noise nuisance, as the purpose of this use is growing fruit and vegetables or flowers and allotment activities are leisure activities of choice.

"Whilst I realise you want to partly rent the allotment for peace, this is not it’s primary use. Noisy machines are routinely used on the allotments; council staff carry out strimming of vacant plots from time to time, use chain saws on trees for up to 4hrs at a time, and so on. 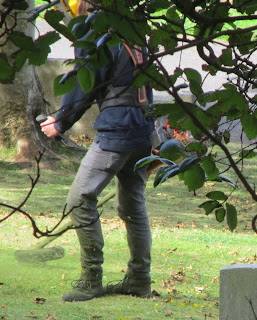 "Allotment users also reasonably use various noisy garden equipment (there is roughly one complaint from near neighbours per month about noise from the allotment).  Formal steps can and are taken where users are unreasonable e.g.using powered equiment before 7am. The allotment can therefore not be relied on as a place of tranquility."

That last line is the kind of statement I hope will come back to haunt the abandoned plots. In that sentence and this context, allotment and cemetery are interchangeable.

I expect noise on Lewes Road, noise from storms over the sea and Downs, from playgrounds, farms, factories and building sites. But the trouble with Audrey's acceptance of noise is that it is detached from quality of life and in her terms, merely another legal issue.

An acquaintance will have to endure noise on a neighbouring site for the next six years. They're building a leisure centre. A friend in a basement flat has noise from both sides, above and in the walled gardens. When one neighbour stops, another starts. In my stretch of street, a sunny Saturday is a signal for at least three petrol powered strimmers, hedge trimmers or electric saws. On working days it's open season.

When I moved to my house, the cemetery didn't use strimmers. They brought them in 10 years ago and even then, the noise wasn't at the level it's at now. They use the cheapest contractors who don't train operators, so the grass is strimmed down to dust while the guy holding the strimmer listens to music. They strim even where there are no graves.

Noise pollution affects animals and plants as well as humans. The humans it affects tend to be those of us who are poorer and can't buy the silence of the suburbs or countryside, although even that is no longer a given. In the UK national park authorities are allowing off road four wheel drives to rip through the silence of the wilderness for £200 a day and I'll bet someone's making money from jet skiers roaring at the beach.

What is not quoted is the right to quiet.

Has it, with the right to a view and the right to light, become another legal concept rather than one in which we can talk about quality of life?

Silence regenerates the brain and the older you are, the more difficult it is for you to filter out noise. I live in a city by choice. I love the energy of it. But can we have a discussion about noise and who's most affected by it that doesn't start with the right of all machines and operators never to be checked?
Posted by Jackie Wills at 10:32 am No comments: