An ancient Greek fish and washed up sunglasses 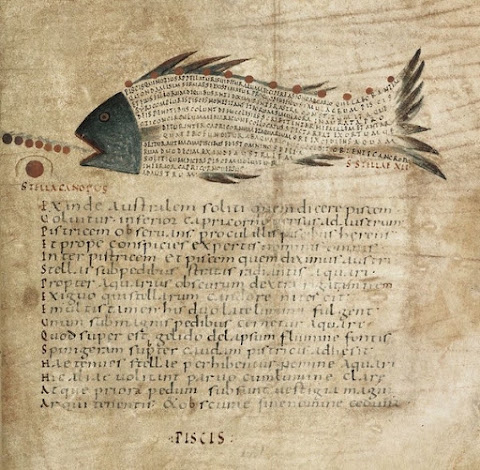 What does an ancient Greek fish have in common with a pair of sunglasses washed up on the beach 17 centuries later?  The fish rests on a poem by writer Aratus, translated into Latin by Cicero, and it is filled with words taken from another text possibly written by Roman historian Hyginus about the stars, then copied out in the 9th century. Truly a melting pot.
Creating a workshop series is demanding but social distancing and lockdown make things more difficult. Add the restrictions of Zoom and needs of people with learning difficulties living at a residential centre in Surrey, The Grange. I worked with the same centre last year at Wisley RHS Gardens using words on and off the page and for that, I drew on more than a decade of conversations with the inspiring artist Jane Fordham.
Every workshop is different and although I have books full of plans, I had a 16 week programme to write up thematically and practically. I needed to go back in time. At the Public Domain Review I found gold.

It was the Aratea, an extraordinary fusion:

Each page of the Aratea has a poem on the bottom half — written by the 3rd-century BC Greek poet Aratus and translated into Latin by a young Cicero — describing an astronomical constellation. This constellation is then beautifully drawn above the poetry; the drawings however are themselves made up of words taken from Hyginus’ Astronomica.

The Getty Museum's, The Leiden Aratea, Ancient Constellations in a Medieval Manuscript, describes it as a ninth-century copy of an astronomical and meteorological treatise based on the Phaenomena written by Aratus who lived around 315—240/39 B.C.

The sunglasses above came from this year's programme. 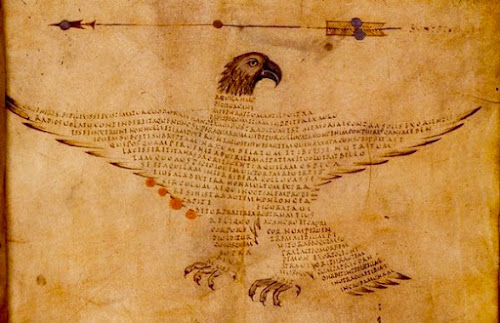 Email discussions between me and Sharron at The Grange have been integral. Sharron's using lightboxes, green screens, film and slo-mo to record creative work and enable it. She reminds me activities need to be collaborative, generate discussion, merge words and images as well as provoke thought.
The process is elastic as this ancient manuscript is elastic in its texts, writers, images and concepts spanning 2,000 years and still exerting influence on the sunglasses, themselves based on a poem by George Mackay Brown. 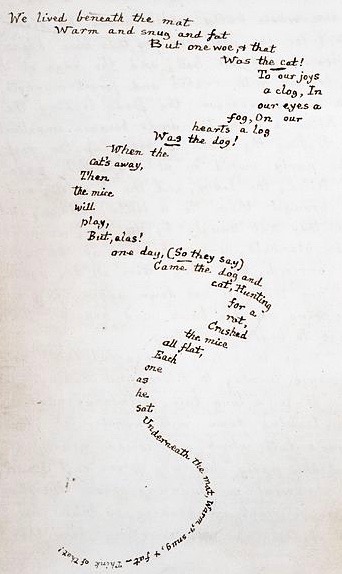 The twin to this series is a weekly workshop I'm running for Creative Response in Farnham, the town where I grew up. Both are funded by Disability Arts in Surrey  under the theme Regrowth and the charity is extending the project further with podcasts I record of writing prompts. My own writing went on the back burner for a few months after A Friable Earth came out at the end of last year. Lockdown coincided with that dry period, augmented by demands of the allotment. Then I deleted my social media accounts and the odd poem began to write itself line by line. I'm writing alongside participants from Creative Response as we smile at each other in rectangles on laptops and tablets. I feel incredibly hopeful, all of a sudden as if the ancestors were looking out for me.
Posted by Jackie Wills at 9:34 am No comments: 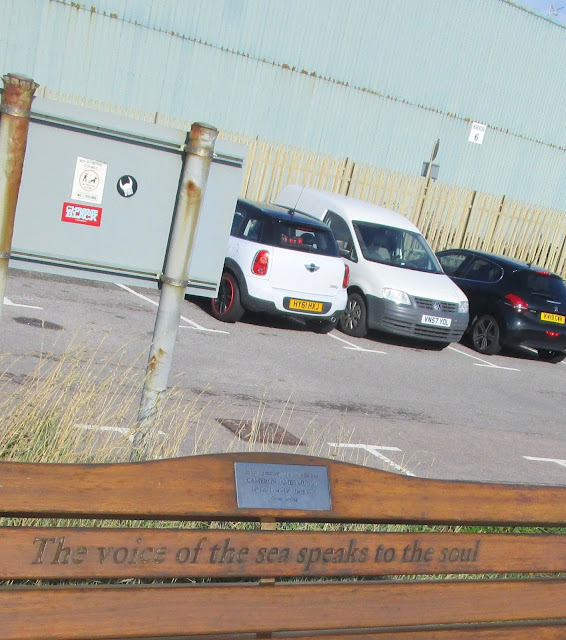 The quote on the bench is from Kate Chopin's book, The Awakening and yes, I agree, as do masses of walkers and cyclists hugging seafronts all around the coast, because we're all up against it, aren't we, needing the rhythm of waves hitting stones or sand or rocks, needing wordlessness.
I've resisted writing much about lockdown because it seems to be another trigger for argument, so many of us wound up by isolation, frustration, doubt. Are we separating into camps, ideologically, drawing our lines in the surf according to age, health, where we are in our lives, the homes we do or don't have, whether we live in a city or the country?
I heard this morning about a marriage and then about a landlady giving long-standing tenants a month's notice in the hope of cashing in on the UK government's suspension of stamp duty. I've had so many discussions about the future of work and reinventing how we do things.  And this morning I heard that phrase in my mind which I've encountered often but it always felt rather easy: lifelong learning. I associated it with evening classes, or attempts to keep the retired busy. Its association, then, was that it wasn't essential, more of a deliverer of hobbies for the economically useless.
But as I teeter, months away from getting my state pension (at last, six years late), I get it. Forty years or more of work, and still going, I am learning at a pretty intense rate, along with other writers who've relied on face to face teaching, facilitation, being present in rooms with people who want to read and write.
We are experimenting with Zoom and other meeting platforms. But all the body language is somehow blurred in the tiny windows showing faces in living rooms, bedrooms, kitchens. So how do we find a way to communicate the brilliance of writing encapsulated in that quote on a bench between Brighton and Shoreham?
One group I'm working with has adapted to Zoom, with another we're adapting. I thought I knew what worked when I was asked to run some sessions early on, but I'm learning that there are so many other things at play too - people who aren't used to being alone at home, expectations, fear, frustration. The same things that drive us to listen to the sea, to be with friends.
Learning, or re-learning, what empathy means. Not to point fingers, attribute blame, force a pre-conceived package of ideas, but wander sometimes, listening. Pausing, sometimes, before answering.
Posted by Jackie Wills at 12:26 pm No comments: