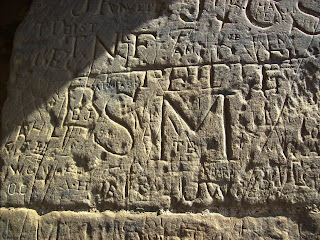 I've never been into crosswords but I am addicted to drafting. I am so addicted to it that at times I have taken so much out of a poem, nothing's left. I can spend all day destroying a poem like that until the lines I handwrote in a book, transferred to screen, revert to notes again. Poems often fail. If the thought is worthwhile it'll come back. Sometimes it's not formed enough to express.

It's harder to put lines in so this is the task that can occupy me for days on end. Substituting words, changing the verbs, wondering if the intention is clear. And that is also where a workshop group comes in. I belong to two - one in Brighton organised by the extensively published Anglo-Polish poet, Maria Jastrzębska whose work is featured on Poetry International web. The other group meets in London and doesn't have a particular organiser, but I was invited by the highly respected poet and translator Moniza Alvi whom I met years ago when we were both students on an Arvon course at Lumb Bank in Yorkshire.

I went to the London group yesterday and came back with a page full of comments on a poem that's been troubling me for weeks. The first drafts didn't end well so it sat in my notebook and in a folder in different versions. I kept tinkering until eventually I realised it had no heart. I found two other poems I'd written around the same time - spokes coming from a similiar subject. One provided heart - just one line survived but it was enough to kick start my drafting again - another provided an ending.

It has a pretty regular rhythm, it wanted to move. New lines came when I was walking. And it is a poem about walking, so that made sense.

So I'll read it tonight at the Red Roaster - the first of a series organised by Michaela Ridgeway for PigHog press. I'm reading with Katy Evans-Bush, a Salt poet, editor of Horizon Review and writer of the blog, Baroque in Hackney which is keenly followed.

It's a patchwork poem and I'm not sure if I could calculate how much time it's taken up but this one must account for weeks of solid work.
Posted by Jackie Wills at 10:00 am No comments:

Looking back at Geoffrey Hill


During three days asleep with flu I hibernated with a hoard of remembered places and people, then woke up to my birthday - 57. My age - late fifties - now matches the decade I began to experience the world. There are people I'll never see again and others who may be dead. Rules I've ignored are drawing attention to themselves. I've begun re-reading books I first read 40 years ago.

Then Geoffrey Hill stepped unexpectedly into my nostalgic biopic - his comments about Carol Ann Duffy reminded me of an incident at school.

It must have been around 1970. I was carrying three books - The Mersey Sound featuring Brian Patten, Roger McGough and Adrian Henri, Penguin Modern Poets 8 with Edwin Brock, Geoffrey Hill and Stevie Smith and an anthology, Georgian Poetry, first published in 1962. I bumped into my English teacher. She took them out of my hands and then her comment shook me. It was vehement. Personal. I couldn't like all of them. The Liverpool poets were in direct opposition to Geoffrey Hill. And I felt stupid. Confused. Because I liked Hill, I liked Patten, Henry and McGough. I liked Thomas (Dylan), Plath, Hughes as well as Cecil Day Lewis. And I felt like she was telling me off.

Hendrix was still alive (he died a few months later) shaking things up and life was good. I was 15, reading new poems, old poems, trying them out and listening to Joni Mitchell as well as James Brown, Alice Cooper as well as sweet Cat Stevens, John Mayall and finger in the ear folk songs.

I didn't get whatever was behind her attack. I still don't. Or perhaps it was that the 60s had chucked choices at the 70s that were just too threatening. That year, 1970, was just 25 years on from the end of World War Two and its hideous legacy.

Writers, musicians, artists were busting out of unbearable restrictions. For that reason alone, Hill's comments are alarming. Today's poetry partisans aren't heroes, they're protecting their turf. Too many of them are men, white, middle class and they are telling us off, just as my teacher did, with no good reason at all.
Posted by Jackie Wills at 3:21 pm No comments: