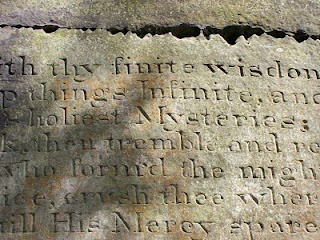 This is a poem written on rocks on the outskirts of Tunbridge Wells - one of several outcrops around the town that are still odd and out of place in Kent's relatively flat landscape. Writing on stone is always, for me, a reminder of the Rosetta stone and how I wish now I'd paid more attention to my linquistics lectures when I was studying for my degree. It's always the case, isn't it? My lecturer was an oddball eccentric who found it impossible to communicate (ironically) and I remember nothing of his lectures during the three years he must have taught me other than the name of Noam Chomsky. But since discovering the Rosetta Project on the internet I've wanted to learn more about languages and thought. I'm starting with Vanishing Voices, published by OUP. The facts it's throwing out are astonishing: most of Australia's 250 aboriginal languages have gone. At least half the world's languages may die out in the next 100 years. The authors, Daniel Nettle and Suzanne Romaine compare the preservation of languages with the need to protect biodiversity. : "Each language is a living museum, a monument to every culture it has been vehicle to," they begin.
Posted by Jackie Wills at 7:48 am No comments: 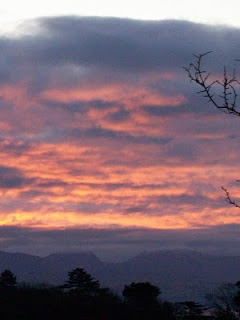 A week at Ty Newydd is always a tonic. I was working with the writer Tom Bullough, whose novel The Claude Glass is a disturbing and brilliantly written story about childhood. We were with a group of young people from all over Wales, sponsored by their local Rotary clubs to stretch their writing and they did just that. There were snowdrops in the woods by the river and each morning the sky was a reminder to look up.... 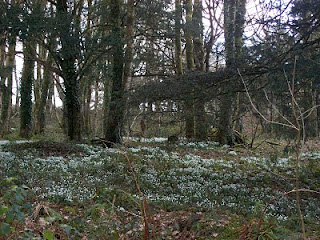 Posted by Jackie Wills at 12:13 pm No comments: