Ancestors and missionaries - a new book 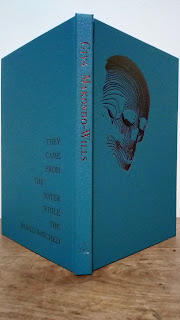 She made her first photo book when she was at primary school after asking her dad to drive her around the Christmas houses, lit up and pulsing. She used a child's 35mm film point and shoot camera and we sent the film off to be processed.
This week I opened the pages of her first published photo book, They Came from the Water While the World Watched, a collection of images taken in South Africa and in English missionary archives.
The title - in itself amazing - comes from work she made for her degree show and continued for her MA, work examining missionaries and their attempts to destroy the ancestral religion of her father and grandmother. She shows people in their church clothes and by the water, a man holding a python, a sangoma, a woman with traditional tattoos on her cheeks. Her work shows her love of the ancestors and her respect for her father's country, South Africa.
I make no apology for being immensely proud of my daughter, Giya Makondo Wills, for the gathering of work in this book, for her determination and humanity. At just 25 she has already gone further in her understanding of the world and how it works than I could have imagined at the same age. 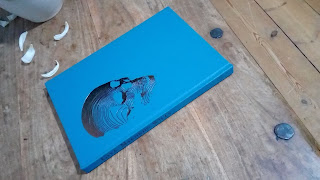 Now she's teaching at the Royal Academy of Art (Koninklijke Academie van Beeldende Kunsten) in The Hague just months after moving to the Netherlands to live with her partner.
They Came from the Water While the World Watched is available from Lost Light Recordings in a limited edition of 50.
Posted by Jackie Wills at 12:37 pm No comments: