How the garden feels after a difficult one to one session 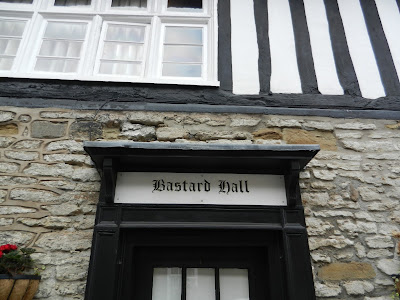 It wasn't counselling, it was a one to one consultation with an expert about work. It wrang insecurities from the most blissful day, it exposed every rock pool of self-doubt.

So in a couple of hours before dusk, I managed to heavily prune two weigela (which I will cut down today), decided to hack out a winter honeysuckle, dragged kilometres of bindweed out of flower beds and made a plan to lop the jasmine covered sycamore. I want light in.

I chose to prioritise time over money and work a four day week. I chose to write poetry, which is generous with personal reward but mean with external affirmation. I chose not to have a career. And just as I often wake in the morning nowadays wondering if this will be the day the chickens come home to roost (all those bad choices translated into medical conditions), the consultation was a day of reckoning.

So why would you want to do that? Why not be happy with the way things are? Be 22 again and play. Feel alive. Don't wait for the space, make the space you need.

Does success matter? In itself, no, but some kind of external validation does, certainly when you've been at it for years. I fear it is too late for me. I fear that this is what the session I went to was about. I fear the garden will feel my fear. How can I be positive? Write.
Posted by Jackie Wills at 9:20 am

Ladies of the arts

I went into the Pound Shop on London Road for a pad of lined paper. I'd been for a walk with Jane and we passed a shabby black painted temporary building on the beach near Concorde 2. We were curious about it, what it was for, and a man standing outside mending the doorway told us it contained an 'immersive experience' about time.

As we were leaving he said we could email him and he'd give us tickets (they were selling for £18, pretty steep given the experience only lasted an hour). 'You are obviously ladies of the arts,' he said.

I thought I'd stop off in a cafe and do a bit of writing to cement the status he'd conferred, but I didn't have a notebook. Then I saw a novel by someone I know in the books section. The pound shop's not a destination for books, but it's always worth checking the shelves for the remaindered gem. Hers was one I'd been meaning to read. And that led me to The Investigation by Jung-Myung Lee.

All that MacMillan says about this Korean writer is that he "has sold hundreds of thousands of books in his native Korea. One, Deep Rooted Tree, was made into a popular TV series."

It's brilliant. As immersive experiences go, I have to thank the man at the black chipboard shack on the seafront, because if I wasn't so determined to explore why I was so put out by that title, Ladies of the Arts, I wouldn't have found the novel. It mixes poetry and prose in the most inventive way and now I want to know more about this writer but I can find almost nothing, although I have discovered the name of the poet the novel centres on - Yun Dong-Ju who died in 1945 two years after being arrested as a 'thought criminal'.

It's a book about how we are shaped - how a moment listening to a woman playing piano can influence your whole life. It is about writing, words and violence. And I'm so far only half way through.

Jung Myung-Lee was longlisted for the Independent Foreign Fiction Prize 2015. Is it his choice to limit the biographical information on this fascinating book? Translator is Chi-Young Kim.

Where did June go?

Sometimes a month passes day by day, as June has. Rain, trying to get washing dry, endless admin, finishing things off, oh and marking at the start of the month.

Things broke - the phone developed a ring tone on constant, like an alarm, the Mac began to heat up and freeze in the middle of a crime drama, the reading group ended and the cat started to piss on the carpet. Mornings I was on my knees with white vinegar, scrubbing the wet patch.

The blow heater broke. Birds nesting in the brickwork by the kitchen sat on the washing line and shat on pillowcases I'd put out to dry. Airbnb guests came and went and the weeds grew tall on the allotment because of the rain.

Battalions of slugs ate everything I planted, every seedling that came up, they hid under the rhubarb, planks of wood, in the herbs, they stripped the four sunflowers I'd nurtured in the greenhouse.

The washing line broke with sheets, jeans, towels, the lot on. June passed and then there was the referendum. Days on Facebook. Still trying to break the habit.

But at the end of June I had the proofs for the Workshop Handbook from Arc. It's nearly ready. August is the month for Venda Sun. The odd poem emerges in between. I talked with Jane for Pighog at 88 London Road about our collaboration.

I bought a dehydrator for the soft fruit. At last the summer raspberries are starting to ripen, two weeks later than normal. There are black, white and red currants. Anarchist colours. Gooseberries and new potatoes.

And yesterday the Poetry Library dug out Black Slingbacks from a 1990 edition of The North and used it as their poem of the week.

Funnily enough, I might have written it at around this time because it came out of doing my accounts one year and finding a cheque stub for a taxi from the flat I shared with Mark off Jamaica Road, when there were still local shops down there, with grills on the windows.
Posted by Jackie Wills at 9:34 am