My grief at the loss of silence.

I search the word silence and the first result I read is for a period drama, followed by a horror film. It isn't until page 3 of the results for this single word that I find a lone dictionary definition.

I am searching because silence is almost impossible to experience where I live. By silence, I mean the absence of persistent intrusion, an opportunity to listen to wind, birds, rain, trees, insects.

My summer days are filled by petrol strimmers and angle grinders. My train journey is filled by overspilling earphones. I have stopped using the library because it is so disappointing.

All religious practice is built on silence. Neuroscientists have shown the brain renews itself when we are silent. The benefits of silent meditation on body and brain are proven. So why is no-one defending silence?

The manager of a cemetery behind my house, bordering my allotment, recently told me there will be strimmers operating every working day this summer. The noise reaches into my days in the house, my days on the allotment. I find it almost impossible to explain the grief I feel at the loss of silence.

What will it take to recalibrate a search for silence that brings up, before anything else, Marshmelo, Netflix, Paramount Pictures, Scorsese, IMDb, Facebook, Rotten Tomatoes and a list of movies about hearing loss?

Read Lotte Kramer's short poem on the importance of silence, chosen by Carol Rumens for The Guardian.

Posted by Jackie Wills at 10:23 am No comments:

Poor old Lewes Road - a pollution corridor for years, with a barely functioning cycle lane and an environmental scandal growing under the radar.

When bus lanes were brought in to get students to campus faster, cars diverted into residential streets off Lewes Road.

The most popular rat run works in both directions leaving Brighton and coming in. It goes past two schools, dense terraced housing and through the allotments.

So far the council's only response has been to paint double yellow lines to prevent congestion on one of these 'alternative routes' and enable the traffic to flow rather than reduce it.

But if air pollution on Lewes Road was at one time so bad it breached WHO guidelines, why is it okay to divert cars, lorries and buses into areas of housing and past two schools? The taxi driver's story is the diversion was a cynical move to manipulate air quality monitoring results.

Lewes Road, a masterpiece of failed urban planning, failed traffic management and filthy air.
Posted by Jackie Wills at 9:22 am No comments: 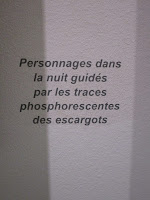 “When I was painting the Constellations, I had the genuine feeling that I was working in secret, but it was a liberation for me in that I ceased thinking about the tragedy all around me.” Joan Miro.

That tragedy was war and he couldn't have reached further away with his titles, all of them suggesting a world of the interior, not of blood, mud, camps and invasion.

"I find my titles in the process of working, as one thing leads to another on my canvas. When I have found the title I live in its atmosphere." 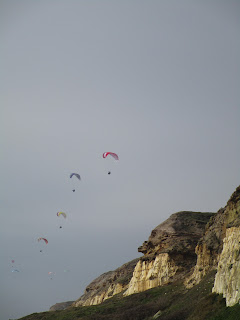 I have been going through old photos. This title of Miro's comes from my Mallorca album and I saw it in Soller station gallery/museum thanks to David Parfitt and Jane Fordham, who took me there.

But what I learned in five weeks in Mallorca has taken far more than five weeks to jiggle into place in my mind.

I have concluded fury is a brilliant motivator and not to be suppressed. I realise I like to work in bursts, that regular tasks don't produce anything more interesting, just more.

I appreciated, during two weeks alone, the brilliance of my friends and my family. I realise it's okay to shout over walls, that time is short. I remembered the title by Miro this morning when I saw an inexplicable snail trail on the runner in my hall. Inexplicable because there was no obvious way in or out. It belongs to Miro. The kitchen clock was wrong but the sun was shining.
Posted by Jackie Wills at 2:20 pm No comments:

Email ThisBlogThis!Share to TwitterShare to FacebookShare to Pinterest
Labels: snails

The rose chafer looks like it should be on a necklace or a ring but I saw it yesterday on a chilli plant given to me by a friend and which I'd planted in the polytunnel.

I was digging up lettuce being reduced to lace by caterpillars, putting them outside in the hope they'll recover and birds will do the insect control for me. It was there, immobile, shining.

Like most things that live in the garden the rose chafer has its own role and its grubs are good for the soil even if it does eat roses, so I welcome it. If it eats the chilli plants, I'll pick it up and move it, but until then it's a sign the allotment's healthy and supporting more than me.

May's been a month of immersion - preparing plots, sowing and planting. Two friends and an allotment neighbour have provided the bulk of my plants because I was away at a critical growing time but my own seeds are now coming on. I've put french beans and runners out and repotted round courgettes to grow larger before they too fend for themselves. Sunflowers, lettuce, basil are to come.

The big event was ordering half a ton of compost to build up the soil. Spring's been too dry and the plot's like dust. There's so little topsoil above the chalk below us but I'm now able to plant into the compost, hoping for more worm action too, because I'm digging less. I have three black compost bins and four other home-made compost heaps on the plot, but even that's not enough to keep the soil healthy.

My swing away from digging coincides with leaving large patches of self-seeded flowers for bees. Borage appeared early and Sicilian honey garlic has spread to several parts of the allotment. Every year the comfrey comes back in the same two places, on either side of the gooseberries, under the plum tree and it hums with bees.

Demands of sowing, preparing and planting mean May and June preclude almost everything else apart from one day a week of work, seeing family and friends. Any writing I embarked on in winter stays in its folders. I struggle with myself, I feel guilty for my own inattention but the green tunnel of the path, nesting blue tits, wrens and blackbirds, the golden slowworm on the top of the compost, have me in their grip.

If I were to track my movements on a typical allotment day they'd make a cat's cradle of small trips to and from the water butts, polytunnel, greenhouse, shed, compost bins, tables, from the newly planted hazel tree at the top, to the old plum at the bottom, I zig zag between currants and lavender, planting out sweetcorn and watering onions. I marvel at the mullein moth caterpillar with its yellow and black markings continuing its beautiful destruction.

If I'm writing in my head I'm not aware of it but somehow I feel that this is more urgent than anything else I might do at the moment.

When I pick elderflowers to make cordial I smell childhood. It's so early, there's one other person around in the distance, trees curl over the path, the elder releases its scent, cow parsley (Queen Anne's lace/wild chervil), is still potent and sunlight comes through branches like it does in cine film.

A badger has dug up a bumble bee nest, probably soon after I'd been there with Giya and a friend of hers and sat by the fire as the sky darkened and robins chased the last of the light away.

The nest in the shed is a box of song. A crow carries off a small rodent. It's the best book I've read.


Posted by Jackie Wills at 9:02 am No comments: