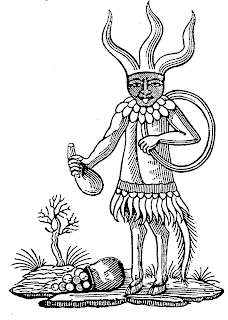 The generous and wonderful Australian poet Les Murray once famously said that he'd written a long poem because he didn't have time for a short one. I find it hard to convince myself sometimes that a day spent on a couple of lines is well spent. On one of the first Arvon courses I went on as a student, when I was starting to write poetry seriously, the tutor told me how delighted he was that he'd found a final line for a poem that he'd been working on for a couple of years. It sounds so ludicrous, doesn't it?

I've since found myself saying that sort of thing - maybe an idea keeps coming back but never quite works, maybe a few lines won't go away and I want to fit them in somewhere. Perhaps it's like moving the furniture around, or refusing to throw out an old pair of shoes, knowing they'll go with something. Jane and I were talking about our books and recycling. The idea's embedded in how we're working, as is throwing an idea, an image, some words back and forth until they settle.

Women and beasts seem to be emerging as themes as our books begin to take shape. There's a way to go yet, though, we're aiming for a lot more than we'd initially planned and the exhibition at Chesworth is unlikely to happen now before Christmas. But we'll be showing some finished books in an open house outside Lewes in December, along with some cards that kicked the process off....

Working with another person helps keep self-doubt in its proper place. We focus only on what we want to do and what works - wonderful, practical, absorbing time, almost sacred in its effects. We can trust the imaginative process, it runs like a river in the background.
Posted by Jackie Wills at 9:41 am No comments:

I'm reading tonight with Catherine Smith and Nicki Jackowska at the Red Roaster cafe in Kemp Town. Catherine's a great poet and has published three collections - the New Bride, shortlisted for the Forward, The Butcher's Hands and Lip, also Forward shortlisted. She's a Next Generation poet and I've known her for years - we first met when our children were at Tarnerland nursery. She's a versatile writer, turning her hand to short stories and radio drama, too. Her poetry's terribly unsettling sometimes but it can be very funny, too. She has a pretty unique world view and refreshingly, much of her work is driven by ideas and not sentimental anecdote.

Nicki Jackowska has published 6 collections of poetry and three novels. A seventh collection, Behold, is being launched at the beginning of next month. So she's by far the most prolific of the three of us. She's also written one of those seminal books on writing. She's collected plenty of plaudits in her long career, the most recent from John Berger, who's written on the back of Behold 'its grief has penetrated its syntax'. Her work is concerned with deep, primitive human motivation and the subconscious rivers running through us.

So it'll be a good night, then and I'm looking forward to reading some new work which has hardly seen the light of day yet. I am always anxious about readings. I love them, but always fear there's not enough laughs. But I guess that's what intervals are for.
Posted by Jackie Wills at 3:56 pm No comments:

It is no coincidence - about a week after starting my Royal Literary Fund fellowship at Surrey University, I wanted to write poems again. The anxiety about earning enough to live on has been lifted until the end of May.

I am still confused about what poetry's for. It's a noisy world. There's a lot of shouting, generally in the arts. I'm not convinced artists should have to market their own work. I think it's one of the culture industry's biggest mistakes.

In the two and fro of collaboration, writing words that will appear between paintings, quite literally in a different kind of book, I am finding myself increasingly obsessed with the one liner. What is its appeal? I've been thinking about how little is worth saying and why the images on my walls are so stark - a chalk path, an oxbow bend in a river, a face asleep, one of Turner's single trees. But then there's Carver's Late Fragment folded over a photo of my kids.

I feel that making anything now, I need to take account of background noise and how poetry might cut through it. That expansiveness isn't necessarily the way. That short lyrics, the simplicity of Basho and of Longley are the great marker stones for this decade - leaving so much out but showing the details we might otherwise overlook. It is the power of metaphor but without the great finger pointing, saying look how clever I am......
Posted by Jackie Wills at 7:42 pm No comments: