Cleaning the kitchen floor and answering back

It's taken over 10 years but thanks to my work with the Open University I have access to online journals and I've re-discovered the review which inspired my poem 'Kitchen Floor' (from Woman's Head as Jug). I was reminded of the review (I never had a hard copy) when I went to talk to Martina Evans' Royal Literary Fund reading group a couple of weeks ago. It is always lovely to see Martina, a fabulous poet, and the group had looked at that poem in advance of my visit.


Is it a feminist poem? I was asked. Not consciously, but it was written after I struggled to understand how another woman could write this:

"Fever Tree is a perplexing choice of title when one suspects that the poet herself works up more of a sweat mopping the kitchen floor…..Wills has an impressive list of residencies and accolades to her credit. She also has her poems printed on paper napkins. What can one add to that?" Kate Keogan, PN Review (July-August 2004)

I've been doing quite a bit of reviewing myself recently, reading five titles for the forthcoming issue of The North and on the night of my visit to Martina's group, went to an event in which reviewing was also discussed. The debate didn't really get off the ground, but a fairly well connected critic (whose friends from the TLS were braying in public school voices behind me) suggested it was a good thing that certain brave young men were writing without fear about contemporary mainstream poets and were happily doing hatchet jobs.

Personally, I think space to promote poetry's rare enough without wasting it. The haters have sent me running away from Facebook and I suspect they're a lot to do with poetry's doldrums.

So I won't review a book I can't find anything positive to say about. Or use the opportunity of a review to make a name for myself as I climb the greasy pole. Perhaps it's best to feel sorry for them, languishing in bitterness. Thanks for the poem, though, Kate.

Tips for a review:

Put a book in context
Attempt to understand what the poet is doing.
Where does it come in their writing history?
What are its strengths?
Read beyond the blurb.
Forget the blurb.
Read intelligently.
Understand the title.
Resist cheap jibes.
Read in a spirit of generosity.
Don't review a book you hate.

Waiting for the time 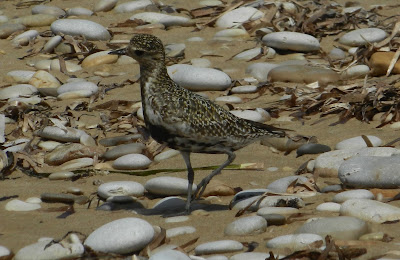 Strange dreams recently and for some reason I woke up remembering this bird on the beach in Sicily this September - it was there all afternoon, moving only slightly when a dog went past, looking at the waves as if it was waiting for something. It seemed too late for it to be guarding eggs, but anyway, they'd have been washed away.

With a painful tooth abscess, pain killers and now powerful antibiotics, I suppose my dreams are bound to be affected.

But I'm also waiting for writing time, for poems, to get back to bigger prose projects. I'd like a solution, which some writers seem to have found, to time. Earning a living takes up a lot of it, even now. I am preparing resolutions for the coming solstice.

Since Aldeburgh, there's been a rather worrying message from the Poetry Trust suggesting a scaled down poetry festival next year. It's becoming a grim winter and I've stopped listening to Radio 4, stopped Facebook (as much as possible). In pain at 4 am this morning, I turned to Willa Cather's descriptions of a much simpler life. I was interested in her description of one character as being perpetually angry because of reading the newspapers. The hysteria right now is exhausting.

In this mood, I'd like to think the bird was just watching the sea. As I did that day when I wasn't watching the bird.
Posted by Jackie Wills at 11:02 am