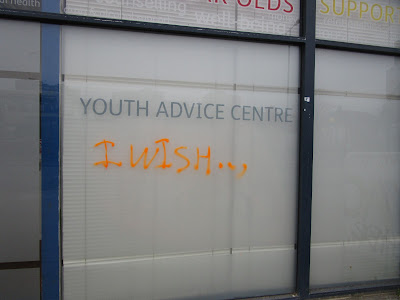 Now 65, a figure spoken in the news almost daily, I've become one of the old. Not in my mind. Not in my being. Not, I believe, in my state of health. But as a fact and statistic.

I've often browsed the Historic Thesaurus for synonyms for woman,  wife, mistress, prostitute, girl. Scanning these lists I think about our roles, sexuality, duties, freedoms. They remind me how language limits and liberates, how it compels me - like picking at a wound.

Last night a friend was helping me cut matted clumps from the fur of my ageing cat. She was describing conversations with a parent, the delicate to and fro of offering support, it being refused, the way it's refused, the push and pull of need, duty, kindness and frustration.

This morning, a news item warned Covid 19 may be around for five years. The interviewee was saying let the young mix, let them love and travel because they need to. The old (as well as the poor, homeless, unemployed, long-term sick) will be protected if people making decisions are doctors, scientists, public health experts - not politicians.

Jonathan Swift invented the Struldbrug, a category of old person above the age of 80. Since, in his story, octagenarians are immortal their powers are limited,

"As soon as they have completed the term of eighty years, they are looked on as dead in law; their heirs immediately succeed to their estates; only a small pittance is reserved for their support; and the poor ones are maintained at the public charge. After that period, they are held incapable of any employment of trust or profit; they cannot purchase lands, or take leases; neither are they allowed to be witnesses in any cause, either civil or criminal or economic, not even for the decision of meers (metes) and bounds." (Gulliver's Travels, 1726)

I'm proud to be a life member of the National Union of Journalists and in its bulletin on reporting age it reveals, "There are 500 words or phrases defining old, about 10 are complimentary while the rest are derogatory and many - as in 'old maid' - doubly insulting."

One of the striking differences in attitudes I noticed visiting South Africa was respect among Black communities for older people. And so my children learned it and I'm proud of the honour they show their two grandmothers.

In the ancientry I've joined there is potential for rebellion. I'll fight for my children's generation to have the freedom I enjoyed. But I won't be written off by narcissists clinging to the masthead of youth. The proverb says, old age, though despised, is coveted by all....or, every age has its book.

Posted by Jackie Wills at 12:54 pm No comments:

A broken doll and refugee tales 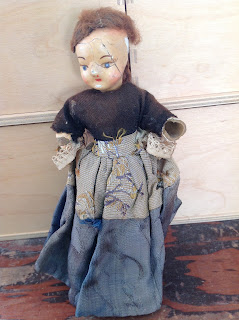 My broken doll, my oldest surviving toy along with a threadbare teddy, has lost her hands and her hair's coming off. I don't know where she came from but I do remember showing her off once to some removals men when I was small. They rescued us when the car broke down.

My mother bundled us into the lorry and I couldn't sleep. I was too aware of the claustrophobic darkness and noises I couldn't identify.

When they opened the back of the lorry outside our house in Ascot, when Mum put the lights on in the hall and made cups of tea for the men who helped, I rushed to show off my doll.

As memory goes, creating links randomly, across time, ignoring conventions, my memory of being in the back of a lorry and arriving home safely, is a prompt to The Lorry Driver's Tale, a story from Refugee Tales, that I read a couple of times to groups. It's one of three volumes published by Comma Press, about the experiences of people trying to reach the UK.

At 3am today I was writing a list of what's growing on my allotment. It seemed like a solution to sleeplessness. I'm lucky - insomnia's rare for me but there are times when old anxieties stand around the bed and won't stop their chatter.

And this afternoon I was in the place I was writing about. In the early hours I believed I was generating a brilliant idea for a series of poems. This afternoon I was only interested in fixing the bench, putting away netting, picking tomatoes, the last of the raspberries and blackberries, planting onion sets and transplanting some parsley.

A good friend, who's a much better known writer, reminded me the other day that we met when we were 30, so we've followed each other's progress for more than three decades. Both of us have reached a point when we are questioning if we can carry on writing poems. It's not that she doesn't want to. Or me. But there's a doubt in both our minds.

Mine is where my place is. It's good to ask that question. My allotment is a small patch of poor land on the Downs. It delivers flint tools, good conversations and a feeling of making a difference. At the moment it's more satisfying than writing because I belong there. It's easy to belong there - all I have to do is plant, harvest, weed, tend. Perhaps I have just written my manifesto for poems and that was the real point of the early hours list.

Posted by Jackie Wills at 9:05 pm No comments: