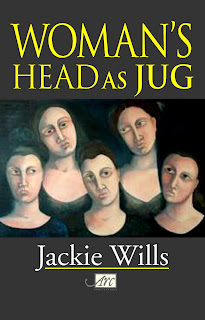 "A rush of joy at its title spurred me to immerse myself in Jackie Wills' warm and witty new collection. Woman's Head as Jug explores the development of Woman through the generations and through history…..As you read you feel connected to the poem, the past, and the earth."

"There is something of (George) Trakl in the way Wills drops isolated images into a poem, allowing them to chime together…..personal and geographic histories are both seen as carrying weight. At the same time, or concomitant to this idea, Wills is concerned with transience, and she is aware of how time causes disintegration."

"Wills shows that a poem remains a deeply human magic....the delicacy and strength of her writing shine out in her collection's final lines, as 'Funeral Horses', fed titbits by their groom, "lick salt from her palm.""

"Ultimately, the collection reveals the poet’s voice: feminist, female, progenitor, and human heir to both generation and decay."

"Retrospective in tone, Wills offers a learned, macroscopic view
of womanhood. Unlike Carol Ann Duffy’s women in The World’s Wife,
Wills’s are not epic in proportion. They are not wives of Greek Gods,
scientists or literary geniuses. More simply, they are referred to as ‘Feather-
Wife’ or ‘Ale-Wife’. They are also craftspeople, everyday people:
blacksmiths, corset makers, midwives. In ‘Blacksmith’ we see how the
crafting of a peculiar array of items serves to protect women as well as
curtail them. Her speaker makes “a pillow out of iron” as well as “iron
lashes” for her eyes; “a bridle and a belt” and more sinisterly a “baby”.Wills
seems deeply aware of the need to create a world that offers some form
of protection for women. These unusual steel accoutrements made by
women and for women illustrate an age-old complexity for womankind—
conspiring in one’s downfall as well as simultaneously needing to protect
oneself. The ‘Corset-Maker’ stretches this theme further. The speaker asks:
“What do you want girl / between your breasts / and jutting hips? And
further: “A ravine, a cutting / or a valley’s slopes?” Wills signals a history of
appendages that have sought to harm women and keep them quiet. Her
challenging tone, however, dares women to have a choice.

"When it comes to romantic relationships, Wills’s voice is steady,
resolved and satirical. In ‘A Woman without a Man’ she concedes simply
that a “part-time one will do”. With the same time-served confidence, Wills
is highly attuned to the process of ageing. The change in the rhythm of the
female body is interrogated in ‘Clots’ as her speaker recounts how blood
clots have now become her womb’s “second thoughts”. The changing body
also seeps into ‘Her Beard’ and ‘Veins’, as we become privy to microcosms
such as the prickly sensation of a chin hair, and the spread of veins across
a thigh.

"While Wills’s body poems evoke claustrophobic intimacy, her other
poetry takes vast imaginative leaps in both content and form. Her concrete
poems are visually striking: ‘Female Ancestor’ peppers the word “mother’s”
along the length and breadth of an entire page as if to highlight a female
lineage. Adopting a similar typographical layout, ‘Words for Women’ places
terms such as “heroine” and “whore” in alphabetical order. Adopting
Wills’s satirical eye, we scour the page for the inevitable jolt. By
interweaving the words “cunt”, “golddigger”, and “baggage” with ever-so slightly
more upbeat terms, Wills reduces them to individual letters, as with
a word search. Always a friend to women, playfully, Wills makes her point."

“To pick up Jackie Wills’ Commandments is to be struck by how very English it is - by which I mean grounded, filled with the stuff of the world, and colour.”

“Wills demonstrates her range and depth with this collection….Not only is this a humorous and thought-provoking read, it is also witness to Wills’ development as a poet of worth.” 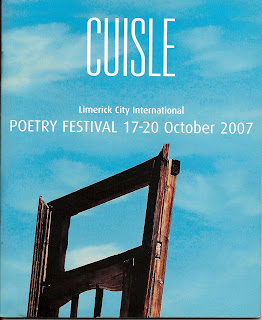 “Jackie Wills’ stark, outspoken speakers leave the reader in no doubt of their status. Iconoclasm is the order of this collection and Wills spares the reader no irreverence.”

“Jackie Wills explores the landscapes of memory and place with stark, and at times disconcerting, clarity. She is at her best when most surprising, bringing flashes of the extraordinary to the everyday.”

“There’s a sense of the organic whole here...takes on big issues in a personal way...the voice is tight and strong.”

“These poems are made without evident strain, and their resolute order is bewitching. But re-reading them—always the test—unlocks their subtleties without loosening their music, making Fever Tree a book to return to.”

"Fever Tree is a perplexing choice of title when one suspects that the poet herself works up more of a sweat mopping the kitchen floor…..Wills has an impressive list of residencies and accolades to her credit. She also has her poems printed on paper napkins. What can one add to that?"

“Jackie Wills refreshes the everyday with her sharp, compassionate eye.”

“...full of Hitchcockian, unexplained narratives and panicked, sinister characters, a woman washing a Rottweiler in a toddlers’ paddling pool, a girl knifing another girl out clubbing. Rackety, offbeat, modern vignettes, darkly British and bitter as marmalade.”

"Wills explores the seemingly ordinary surface of things, her descriptions acute and poised, and finds – as she follows the dictates of the poem – that the everyday has become unsettling: violent or suddenly beautiful. The poems lead round to the other side of things like a Mobius strip: the reader begins in one place on a seemingly ordinary day and suddenly there we are, on the other side of it all with no memory of how we arrived at this suddenly cold and threatening destination…..Wills knows exactly when to end her poems, and her lines."

“Wills is acutely aware of visual details which give her poems a vigorous quality as she moves from image to image. When her gaze rests for a moment it lends weight to the subject and the effects can be stunning.”

“The poems are full of weirdos - a transsexual grave robber, an amateur mechanic, a dog-choir trainer.”

“We are not used to poets who come from backgrounds that include, as part of their daily lives, Exocets and Tomahawks, the drilling of soldiers.”

“elegant and expansive poetry from this wonderful Sussex based writer. Jackie is a real craftswoman of the written word.” 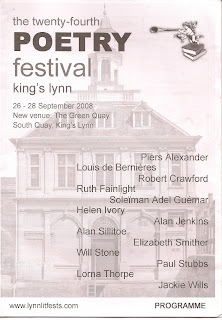 "Jackie Wills's Powder Tower is her first full-length gathering of work. She is a sharp-eyed chronicler of the tensions and nuances of family life, with a fine sense of what to leave out of a poem. Already she has impressively learned not to repeat or waste effects and subjects, and to build observed details sparingly into the drama of a poem. As in Doty or O'Donoghue this results in poems that give priority to the communication of experience, and the reader is enlightened by sharing it."

"Mesmerizing and sharply imagistic, each poem travels a long distance in a short space. Jackie Wills skilfully explores a range of experience, including the muted brutality which lies within everyday relationships. These urgent, finely-wrought poems leave a sense of life's impossible juxtapositions like the 'bluebell wood/ he saw from a motorway.' They invite the reader to continue their dreamwork."

“Jackie Wills’s Powder Tower deserves its Poetry Book Society Recommendation for the confidence of its similes alone, which cannily suggest the fragility of our social and domestic arrangements.”

“These poems are sly and skillful, full of fabulous and exact fictions about ordinary family life, rackety, passionate and flat.”

“Her poems are quiet snapshots of ordinary lives in Britain.”

“Her language is sensual and seductive, full of lyrical cadences and fluid rhythms, and she writes with a natural, unforced style that is wholly refreshing.”

"Here is an individual voice. Jackie Wills has found her own way of describing events. Disparate elements are brought together and somehow mean something familiar but unsayable. People are depicted through the traces they leave, a "circle of breath", "black slingbacks", or their presence lingers in butterflies and pools. But although Wills' people are fugitive, there is nothing few in her portraits. The tone is deadpan, incisive. It's as if she is painting the negative spaces in a picture so accurately that the unpainted positive spaces become solid without a brushstroke...."