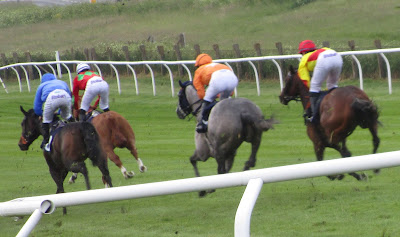 Semi-retirement isn't a state I ever imagined myself in or admitting to. I thought it smacked of the shops selling grip bars for the shower and powered armchairs that propel you to your feet.
Then in April, on a tutor's retreat at The Arvon Foundation, which I hoped might generate some work, I realised I was mad. It wasn't going to happen. Time to stand aside.
Over a few walks in the rain under monumental trees, I accepted that knocking on closed doors was a waste of energy and, frankly, demeaning. I began to try the sound of the phrase I'd been avoiding.
How efficient it is, and precise. It has an official ring, as if it's been conferred, like an honour. 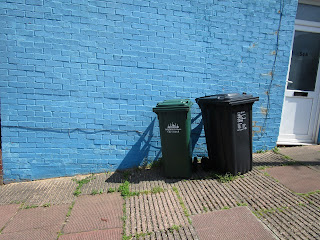 I wander around my city of bins, pick endless cucumbers, chat to the allotment fox and try to avoid Facebook spats.
I earn just enough to live on through Airbnb, on doing a bit of cleaning for a friend. I don't spend money. I am frugal, mean. I make bread, I eat what I grow (mainly), I don't go to the cinema, subscribe to Netflix, go to festivals or eat out.
I'm running a reading group in the autumn and that's it. I'm semi. Like semi-conscious, semi-darkness, semi-automatic, semi-literate. Semi-retired.
Posted by Jackie Wills at 6:00 PM No comments: