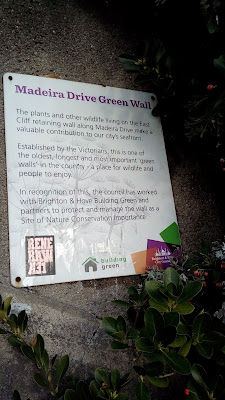 I hope I'll be able to go to the Black Lives Matter protest in Brighton on 13 June. It's down at Madeira Drive. It's going to be socially distanced and silent. But most important of all, it's my son's birthday.

More than before and after coronavirus, I think we will in future talk about before and after the killing of George Floyd. Before, those who would talk about race were predictable. Those who didn't want to hear shuffled awkwardly or were extreme in their opposition. Now, there is a deluge of demands on black people to explain. As if the UK is playing a massive game of catch up.

The only poems I've written directly about race and racism relate to the visits we made as a family to South Africa. The rest of the time I felt racism was not for me to address. I felt like a trespasser, even with black children.

Don't get me wrong. I challenged racism when they told me about it, but none of us could challenge it all. Did I, as a mother, begin to feel this was something we all had to put up with? Was I less aware of the physical dangers to my children, their father than I should have been?

I wonder now, if it wasn't until incident after incident during their teens that I really understood the police were never going to protect my children. I understood this when they were babies, on a trip to South Africa, when apartheid was to all intents and purposes still in place. But in the UK? Did I do enough to challenge racism? In hindsight, probably not. But what is enough, what is the bare minimum?

I believed I was politically aware. But not aware enough about race and racism. I think it would have taken too many books and far more courage than I had in me to be an activist when they were growing up. My energy went on making them feel confident about their identities, on finding black Lego, Playmobil, dolls, action men, books with black children in, hair products.

I began to write about race and bringing up my children only when my daughter left for university. And even then it was difficult. Even with that distance. A voice in me said you have no right. It still says you have no right. I've silenced it for a while. I've written the book. It's prose, not poems.

My son's due date was June 16, Soweto Day. He arrived early. He'll be 28 on June 13. If we can, we will stand in line on Madeira Drive as a family. My daughter will be 26 in September. It won't be the first time all four of us have stood against racism but it will be the first time we have protested against it together in the UK.
Posted by Jackie Wills at 1:37 pm