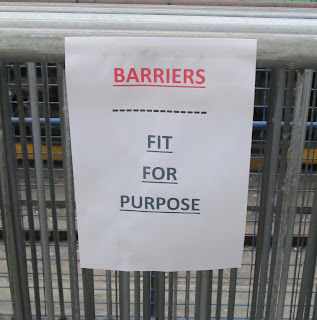 A friend rang the other day when I was at the allotment, watering. We talked as I lay the hose down under the runner beans and butternut squash, as I left it to soak the compost in the polytunnel.
Are you writing? He asked and I laughed.
Summer's not the time to ask me that question. It's growing time and I'm not a regular writer anymore. I don't get up down at dawn and bang out a quota.
When I earned a living from it, sitting in courts, council chambers, checking the prize bull and rabbit at agricultural shows, asking Golden Wedding couples how they'd stayed married so long, I wrote all my waking hours.
I wrote when I wasn't being paid for it. I wrote more when I was freelance. I wrote speculatively. And then I started writing poems. I've written since primary school. And I didn't think I'd be able to do anything else, except in my teens when I wanted to be a riding instructor.
My friend had read a short story of mine and said it might make a novel. I laughed again. I don't have the stamina. But I have three attempts at novels somewhere. I have a travel memoir, I have several more short stories.
The question, why write, is constant. Here I am and why write is next to me, carping away like a bitter old bastard.
I was standing in the kitchen earlier, ironing a shirt. I was thinking about writers I know, about our Facebook posts, tweets, statuses, how we cluster in groups, how some win prizes and many never win a thing. 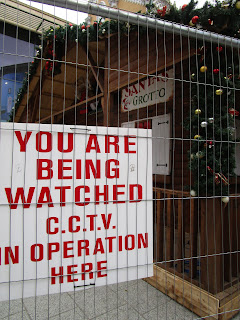 The evening before my friend rang I was dozing under the plum tree. I was woken up by a racket and realised it was a couple of wrens. I wondered if there was a cat nearby, but it wasn't the usual alarm call. I looked harder, there were five, six birds in the branches - parents and fledglings. A noisy flying lesson was going on. The young must have just left the nest.
I told my friend. Someone who's not a poet might tell you that would make a poem, he said. There are enough poems about wrens, I said.
I didn't mean that. How can there be a limit to poems about wrens? I won't write a poem about the flying lesson but his comment reminds me of Michael Longley and the wrens that nest in his poems.
Thankfully this is where I leave the carping bastard why write? on the sidelines as I dive into in poems I admire, short stories that take me somewhere bizarre. The weeks when I find any excuse, when I fantasise about re-arranging the weedkiller displays in Dobbies as an act of resistance or make a shirt, bake, clean, wander down to the charity shop, are just my way of grappling with the bastard.
Posted by Jackie Wills at 9:50 AM

Email ThisBlogThis!Share to TwitterShare to FacebookShare to Pinterest
Labels: barriers to wrting, poetry, why write, writing

I choose to be at peace.
I choose to let God have it.
I choose to do the RITE thing.
I choose to wait until I die
and THEN! we'll see who's on
the LEFT or the RITE side.
Join me Upstairs, miss gorgeous.
We'll have a blastNhalf at the
Wedding Feast. Cya soon...