The difficulty of prizes and ageism 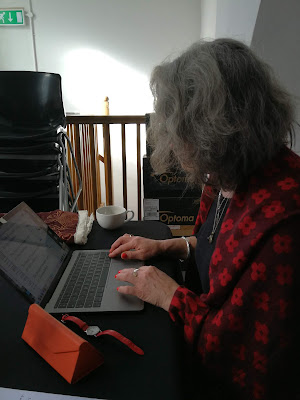 A prize shortlist is a telling thing. A litmus test, an indicator of the state of whatever the prize is being awarded for.

Prizes comprise most of the news from the poetry world. Anyone on a shortlist has a better shot at readers - who are disappearing like topsoil and beetles.

Not one poet who's published a collection or poem eligible for the 2019 Forward prizes is over 50.

Like racism, sexism, homophobia, ageism has a quantifiable impact on well-being and health, to such a degree that the World Health Organisation warns: "Ageism is everywhere, yet it is the most socially "normalized" of any prejudice.


"For older people, ageism is an everyday challenge. Overlooked for employment, restricted from social services and stereotyped in the media, ageism marginalises and excludes older people in their communities."

I belong to many communities - my street, my city, my allotment, my work. I feel increasingly out of place at work. An incident this week shocked me. I am still processing it. Which brings me to the poetry community. This community's taken decades to be serious about equality.

Dragged to its knees by nepotism, old boy networks, bad old ways that set a 'standard' achievable only if you were a spitting image of someone else, poetry had to wake up eventually. It's teaching itself, slowly, about diversity. The thing about ageism is that it affects black, white, gay, lesbian, trans, blind, deaf....and it's global. It's a bit of a shock to realise that representatives of this community don't believe anyone born before 1969 has written anything noteworthy this year.
Posted by Jackie Wills at 8:17 pm

I hadn't noticed the age thing, so thanks for pointing it out. Maybe it's something to do with younger people being more savvy regarding social media and performances etc and so their work gets noticed. I find the self promoting thing a bit tedious and shallow to be honest.

I was 60 when I was awarded the Ted Hughes prize for new work in poetry, which was great as I've been writing poetry since the age of 9! Interestingly I didn't get any press coverage unlike Kate Tempest and Holly McNish - can only surmise this was because of my age.