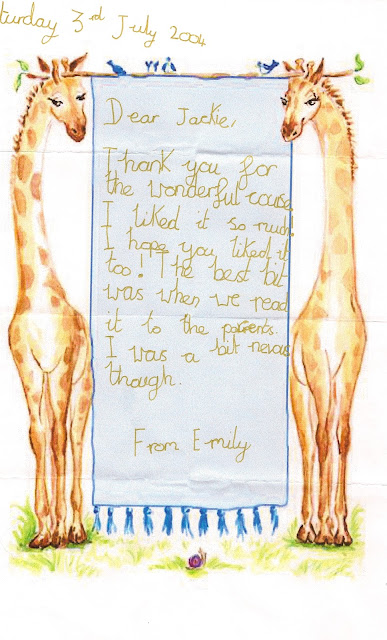 Copywriting and mentoring in business


I have had the opportunity to work with Jackie on a wide range of projects over the last four years. At Creamer and Lloyd we have commissioned her to write poems and specific pieces of copy and she has joined workshops as a creative partner and facilitator, drawing out language and meaning and bringing her expertise and perspective to the room with great effect.

In 2010 I collaborated with Jackie on the extraordinary task of re-writing all the brand copy for tea and coffee company Whittard. This was central to a two-year re-branding process that she was an integral part of.

Jackie was a fantastic writing partner and mentor. Together we developed a writing style for the brand. This informed the general copy – for example a piece on the brand’s history, as well as the copy for over 200 types of tea and coffee – no mean feat!

Jackie’s combination of skill, creativity and experience was invaluable to this project.  Despite the constraints of word counts and regulations she ensured we did not loose the creative style of the copy. She acted as a critical eye on the work I undertook after our initial collaboration helping to define and polish stories where every word had to count.

The final copy was a great success and a real illustration of the benefit of having an established creative writer as part of the team. I hope to have another opportunity to work with Jackie on such an extensive and interesting project.     Sophia Hill, producer, Creamer & Lloyd April 2012


Jackie Wills mentored me for a year and not only did I thoroughly enjoy every session, but I learnt a great deal about all aspects of writing.  Jackie was a fun, engaging, kind and supportive mentor, full of ideas to get past the blank first page and tap into what I wanted to write.  She is a great editor, encouraging me to be more ruthless in removing wasteful words to get great impact.  I still notice the impact of our sessions several years later, on both my personal and professional writing. Katherine Mellor, Chelsea and Westminster Hospital NHS Foundation Trust (formerly Unilever)

Having Jackie as a poet in residence reminded us what it's like to be creative.  Her presence also compelled us to address half-glimpsed opportunities and turn them into dynamic projects.  Doing this project has categorically changed some people's lives.   Alastair Creamer, Producer, Catalyst, Lever Faberge.

Resoundingly powerful for many, due to Jackie’s passion and inspiration to inspire and motivate others. She gives excellent tips and advice on ways to access writing for all. Feedback Unleashed (Unilever) 2007

I think that Jackie is great. Her passion for writing is contagious and you can see real purpose for it when you speak to her. I know that writing will stimulate creativity and I am trying to get into the routine of writing but I am still struggling to make time….something I am working on.  Participant Unleashed (Unilever) 2007

Jackie Wills allows participants the opportunity to improve how they express themselves in written communication whilst giving them the space to think and reflect.    Feedback Impact Unleashed (Arts & Business) 2008

…. last term you gave me a tutorial on improving my writing... You spent a great deal of time helping me understand how to be more critical and form an argument. Anyway, I just wanted to let you know how helpful your advice was. I got my assignment back today with good marks, and I am generally much more confident in what I am doing!   Student University of Sussex 2011

…I just wanted to say how incredibly helpful I found the appointment and thank you very much for your help. As a final year student I was feeling quite stressed about all my work and you helped me review my argument and feel much more confident about the essay. I recommended the RLF to friends and they also found it really useful. So I just wanted to let you know how much you helped and to say thank you…     Student University of Sussex 2012


During my ten years as director of the Aldeburgh Poetry Festival, Jackie Wills was our most memorably successful Poet in Residence. Working with children of all ages in mainstream and special schools and with a range of adult groups, she was brilliant - always thoroughly prepared and flexible, both challenging and warmly encouraging.        Michael Laskey, poet and editor April 2012

Thank you so much for running a very successful workshop for our year 11 Scholars in Hastings and Bexhill earlier this month which the Scholars really enjoyed and derived great benefit from. In fact, some of the Scholars commented: 'Best workshop since becoming a Scholar', 'Good fun and productive', 'Talking about writing styles was the most enjoyable part of the day'.  Deborah Richardson, Centre Director, Villiers Park Educational Trust, Cambridge, September 2012

Jackie Wills has been working with the English Faculty at Imberhorne School for a number of years.  She has come in to do workshops with students in all three key Stages (3, 4, and 5) and we have been delighted with her work.....I am impressed by Jackie’s skills in working with pupils from across the ability range.  Our classes in English are mixed ability;  the exercises which Jackie uses are very successful in eliciting high quality work from pupils who have had varied levels of achievement in other areas of reading and writing.  She is very good at personalising her workshop tasks and in our experience, very successful with pupils who tend to “keep a low profile”.

Jackie has been able to offer us more than her writing workshop skills; she has worked with a group of young writers to produce their work in a publication, working to a deadline and liaising with other members of staff and she has helped me to devise support for pupils’ writing over an extended period of time.

Jackie has also run workshops for teachers; through skilfully selected use of texts and exercises she has enabled teachers to develop their own creative writing while showing them the possibilities of new ways of setting up imaginative and effective writing tasks for children.    Sandra Morgan Head of English Imberhorne School East Grinstead 2007

We could not fail to be impressed by the work you are doing with the students (at Treloar College). They are clearly all keen to participate and gain a good deal from the sessions with you.   Linda Lazenby, Deputy Director, The Roald Dahl Foundation, 2003

Creative writing in the community


The results were incredible. The workshops raised discussion, laughter, and openness. Our young people were encouraged to express themselves and their emotions by writing poems. They went from saying “I won’t” or “I can’t” to “I did it!”    Chris Sylvester, Beechfield Secure Unit, Crawley, 1999

Led by poet Jackie Wills we watched a film (Brilliant Noise, by Semiconductor Films) in black and white of sunspots, solar flares... accompanied by an extraordinary soundtrack. First, we wrote free, from the most surprising connections. Circus and holocaust... a dissonant mix, powerful images. Then, something I found really hard (that's good!!) creating a soundtrack in words for an inanimate object with no inherent sound of its own. A very good, thought-provoking few hours.  Writer Vanessa Gebbie 2007

In conjunction with London Underground's Platform for Art initiative, Faces and Places is a collaboration of posters and poetry by residents of the New Horizon Youth Centre, the Sundial Centre and employees of London Underground and the Museum of London. Workshops led by poet Jackie Wills have resulted in 24 posters that will be on display at 11 zone one stations until 12 July. The poems were inspired by the Museum of London's paintings', prints' and drawings' archive.

Head of London Underground's Platform for Art programme, Liz O'Sullivan, said: "This inspirational set of posters takes a very rich and contemporary look at areas of London that are world-renowned for their historical character. We wanted to give a voice to three distinct groups, including the vulnerable young and elderly, who are not always listened to. These are amazing views about our capital city."
Press release, Museum of London,  2004